Lights out on Rt. 378 in Bethlehem: Has anyone noticed?

If the Route 378 spur in Bethlehem has seemed darker than usual, it's not your imagination.  Route 378 will now only have streetlights at its exits and on ramps.Sara K. Satullo | For lehighvalleylive.com  For the past year, Bethlehem has been testing... 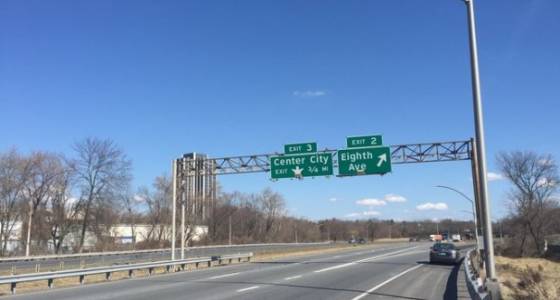 If the Route 378 spur in Bethlehem has seemed darker than usual, it's not your imagination.

Route 378 will now only have streetlights at its exits and on ramps.Sara K. Satullo | For lehighvalleylive.com

For the past year, Bethlehem has been testing lighting only the on and off-ramps of the stretch of highway from Route 22 to the Hill-to-Hill bridge.

Route 378 was built by the Pennsylvania Department of Transportation in the mid-1960s with lots of encouragement from the city and Bethlehem Steel Corp.

State rules only require lighting at on- and off-ramps, but at the time both the company and the city wanted the entire corridor to be lit, explained Michael Alkhal, city engineer and director of public works. PennDOT acquiesced as long as the city agreed to split the cost of maintaining the lighting, he said.

Today, the lights are reaching the end of their life and the debate has resurfaced.

Faced with a $3 million replacement cost of the almost 300 poles, PennDOT urged the city to revert back to only lighting the ramps, which would cut the project's costs by at least 70 percent, Alkhal said.

"(PennDOT argues) that with today's cars, spillover lighting from adjacent developments and new lighting technology, the corridor will be more than safe following this guideline and there is no reason to spend additional substantial taxpayer money... to continue to light the entire highway corridor," Alkhal said in an email.

For the last year, Bethlehem turned off the lights away from the ramps as a test and received only a handful of inquiries about the switch, Alkhal said.

Given the success and significant costs to upgrade all of the lights, the city agrees with PennDOT's rationale.

Bethlehem is moving forward with plans to remove lights that would be abandoned and upgrade the remaining ones.

The city hopes to begin the work in 2018 if funding is available, Alkhal said.