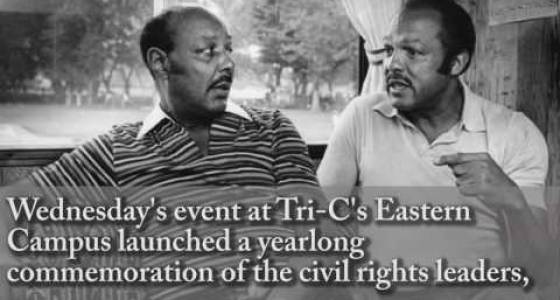 Naming the road after the brothers would celebrate their legacy and their contributions to society, Smith said in a press release Tuesday.

Opportunity Corridor is a planned 3-mile boulevard on Cleveland's East Side, designed to better connect University Circle to I-77/490 and spark economic development. The project is in its second phase of construction.

This year is the 50th anniversary of Carl Stokes election as mayor of Cleveland.

"The Stokes brothers made significant contributions to our state and nation through their dedicated careers in public service, and their lasting legacy still inspires younger generations even today,  Howse said.

Louis Stokes served 15 terms in Congress, beginning his career in 1968. He was head of the Congressional Black Caucus.

A yearlong Cleveland event series is honoring the memory of the Stokes brothers. "Stokes: Honoring the Past, Inspiring the Future" is presented by Cuyahoga County Community College, The City Club of Cleveland, the Maltz Museum of Jewish Heritage, and the Jewish Federation of Cleveland.