Galleries Videos CONTACT ADVERTISE
Famagusta 16°
light rain
BUSINESS EDUCATION ENTERTAINMENT HEALTH POLITICS SCIENCE SPORTS TECHNOLOGY
10:58 Kratom Tea: How Is It?
11:46 Office Furniture Products for you!
12:17 Top Clubs, Their Value, Revenue And Current Standings
11:14 Reasons Why Rewarding Yourself is a Good Practice
10:56 What Egypt Has to Offer for US Travelers
12:48 How to Maximize Compensation in Your Personal Injury Case
12:28 How To Use a CBD Vape Pen for Anxiety
05:28 Second-Hand Vaping Is Harmless
05:15 Guide to Vaping and CBD Flower for Beginners
14:55 COVID-19 Recovered Ronaldo and Zlatan outshining everyone in Serie A
BIST
1325
GOLD
462.828
USD
7.9521
GPB
10.6329
EUR
9.4680
Breaking News
Tips & Trick To Buying Jewelry Items Without Spending Much
Close

Lafayette's City Council unanimously approved an amendment on Tuesday increasing the amount of public land mandated for future developments — a proposal that has carried with it a wave of public support as residents fear declining open space could... 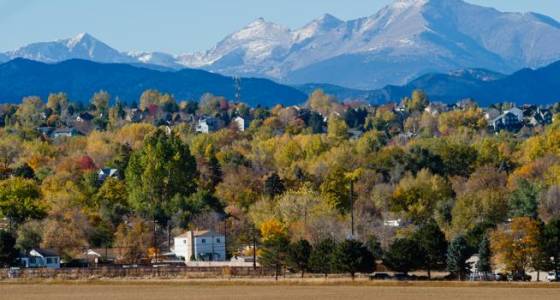 Lafayette's City Council unanimously approved an amendment on Tuesday increasing the amount of public land mandated for future developments — a proposal that has carried with it a wave of public support as residents fear declining open space could transform the once-rural community.

"In May of 2016 I stood before you and spoke about the big picture," resident Karen Norback said Tuesday night, "...(about) how we could preserve more open space. I urged the planning commission to vote yes on these no-brainer changes and I ask you to do the same tonight."

Stipulations for public land dedication — in which a developer seeking to build a project on "x" amount of acres must give the city a percentage of that parcel to use for public land — has been increasingly used throughout east Boulder County to stave off overly-dense growth.

Lafayette's code requires public land dedication for 12 percent of a residential site and 6 percent for a commercial or industrial site, according to the city's website.

Additionally, an option exists for developers to pay cash-in-lieu if the parcel allocated for public lands is too small to support anything more substantial than a "pocket park."

The amendment, which was approved on first reading Tuesday, adjusts the amount of dedicated public land to 15 percent for residential and to 12 percent for commercial or industrial.

More notably, the cost for the cash-in-lieu alternative would rise to a market rate value, according to the ordinance's language.

Neighboring municipalities have looked to such a tool as public land dedication in recent years as a useful resource in buffering development from one another.

Every annexation, subdivision or residential or commercial development that comes through Lafayette requires the dedication of certain sites for parks and recreation use, according to the city's municipal code, and also requires reservation of sites for school and other public purposes.

Planning commissioners last month were overwhelmingly in favor of such an amendment. However, a facet of the plan they recommended that would include a build-in approved list of appraisers was nixed by the City Council on Tuesday.

"We can find costs that are real so that (developers) can't just fib us into a low number," City Administrator Gary Klaphake said. "The appraisal market is very slow and we would just spend it out the backdoor on appraisers."