OTTAWA—Conservative leadership candidate Kevin O’Leary says he won’t take part in Tuesday’s official party debate in Edmonton, citing the format.But the news is being greeted with cries of foul from rival candidates who dismiss... 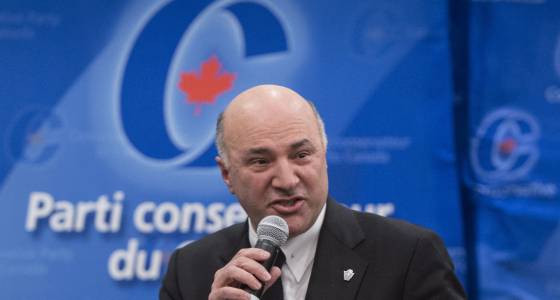 But the news is being greeted with cries of foul from rival candidates who dismiss O’Leary’s claim that one among them refused to agree to change the format.

O’Leary says he believes the party’s preferred format of having all 14 candidates on stage answering the same questions allows no time for ideas to be explained.

The unadorned truth about Kevin O'Leary, in his own words: Wells

He says he worked with other candidates in hopes they would agree to adopt the same small group format used at this past weekend’s Manning Centre conference, but one campaign refused to make the switch.

Some of his opponents, however, say they were never formally approached by the party about making a change.

Lisa Raitt, who has been directly attacking O’Leary’s candidacy for weeks, is calling him “chicken” for refusing to show up at the bilingual event.

Conservative party officials did not immediately respond to a request for comment.

O’Leary says that instead of the debate, he’ll be holding an event where he can speak directly to party members.

“I hope the party recognizes the mistake they have made in this decision and encourage them to reconsider this going forward,” he said in a statement.

After Tuesday’s debate, the party has one more formal event scheduled before members vote to select a new leader on May 27.