CLEVELAND, Ohio - You don't have to see a smile to know one is there. A phone call from Kellie Pickler is proof. Schoolgirl giggles don't pervade a conversation with the former "American Idol'' contestant and "Dancing With the Stars'' winner, but... 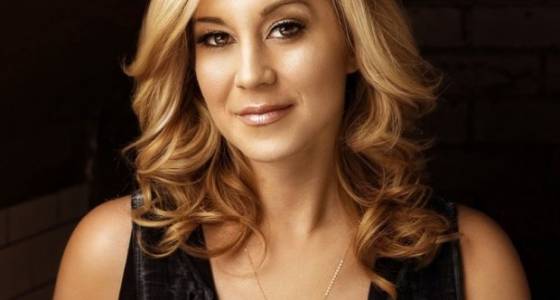 CLEVELAND, Ohio - You don't have to see a smile to know one is there. A phone call from Kellie Pickler is proof.

Schoolgirl giggles don't pervade a conversation with the former "American Idol'' contestant and "Dancing With the Stars'' winner, but it's clear just from a few sentences that laugh wrinkles are in her future. And she's OK with that.

"We all need a good laugh, don't we?'' said Pickler, calling from her Nashville home to talk about her show on Saturday, March 4, at the Hard Rock Rocksino.

"I feel blessed, and I've always said your vibe attracts your tribe,'' said the effervescent singer-songwriter. "I try to put that out there so that's the kind of people I attract.

It's not a Pollyanna sentiment like you might expect from someone who thrived in a blissful childhood. Her mother was imprisoned for check fraud and vanished for good when Pickler was in sixth grade. Her father did time in prison for armed robbery, and was released shortly after she was booted from "Idol'' in 2006.

"I give a lot of credit to my grandmother, Faye,'' said Pickler of the woman who died in 2002. "She had a big part in raising me, and she was the woman I called Mom. I definitely pulled a lot of strength from her.''

Pickler, who with her songwriter husband Kyle Jacobs stars in the CMT reality show "I Love Kellie Pickler,'' has never been shy about sharing herself. But she does have limits.

"Having been on 'Idol,' so many people know so much about my life and story, but they don't know everything,'' she said. "I've shared enough in my music - and there's more music to come - but I feel like people have an overall idea of the person I am for the most part.''

And what they know is enough, even if she and Jacobs do put themselves out there on the tube.

"Even before we signed a contract, my husband and I sat down with producers and the creative department and said, 'Listen, this is what we're willing to do and what we're not going to do. Keep it fun and positive, but with any relationship, you have to set boundaries.''

Of course those boundaries could be different for Pickler than for some. For example, skydiving with the Army's Golden Knights for one of the CMT episodes.

"That was a great one,'' she said. "It's addictive. We did a USO tour in Hawaii in November and I jumped again there. It's just so beautiful. I'm hooked now.''

Not so hooked, though, on dancing, even those she and "DWTS'' partner Derek Hough won the sixth season in 2013.

"I'm definitely not a dancer,'' she said, with that smile showing through in her voice again. "The only reason that happened was Derek - he's the pro.''

While "Idol'' has given her a singing career, and she's fine with that, her experience on "DWTS" has had a bit of a comedic downside:

"I go to weddings and parties and people go, 'Kellie can dance' and they expect me to get up and do the Argentine tango!'' she said. "I need professional help!''

What you may not know, even with her reality show notoriety, is that one-time Sonic burger slinger Pickler could be the girl Frankie Avalon sang about in "Grease.''

So it's good that her dream of a music career worked out, right?