Of the 106 illegal medical marijuana dispensaries opened across the unincorporated areas of Los Angeles County, a third have been shut down since a special task force was formed last year, according to a report presented to the Board of Supervisors on Tuesday.But... 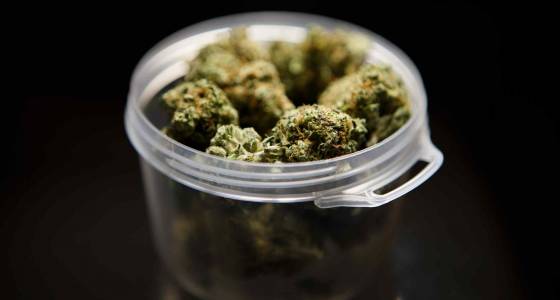 Of the 106 illegal medical marijuana dispensaries opened across the unincorporated areas of Los Angeles County, a third have been shut down since a special task force was formed last year, according to a report presented to the Board of Supervisors on Tuesday.

But 75 continue to operate and that remains troubling to Supervisor Hilda Solis, whose district includes 120,000 people affected by a majority of those illegal dispensaries.

The District Attorney’s Office and county counsel recommended a “surge strategy” to quickly close 26 dispensaries in 4 to 6 weeks. But the Board of Supervisors took no immediate vote on the matter.

“In my district, which spans a large vast area in East Los Angeles, we have seen a noticeable increase in these dispensaries,” Solis said, adding that residents continue to bring the issue to her attention.

Solis said the illegal businesses have popped up on major thoroughfares and near schools and adds to crime.

Several of the nearly 70 people who spoke out during the public comment period were from her district and asked the board to do more to enforce the bans. But many others also cautioned the board to consider the health benefits of cannabis and to regulate dispensaries instead of lumping them all as bad for the community.

• RELATED STORY: Immigrants beware — Marijuana may be legal in California, but it could get you deported

The county has had a permanent ban on medical marijuana dispensaries since 2011. In June, the board voted to extend by one year a temporary ban on state licensed medical marijuana dispensaries that cultivate and distribute in unincorporated areas. The ban expires soon but an ordinance will be presented to the board next month. In addition, the county also is working on a proposed ban on all recreational use of marijuana in those unincorporated areas. California voters in November approved Proposition 64, which allows adults to use, grow, possess and preserve marijuana statewide.

Of the 75 illegal medical marijuana dispensaries that remained open in the unincorporated areas, 49 are about to be closed, according to members of the task force. Most of the dispensaries, or 63, are in Solis’ district, which includes East Los Angeles.

• RELATED STORY: Scratch and sniff book on marijuana has a sense of humor, but it’s also educational

The unincorporated areas include more than 2,600 square miles or 65 percent of Los Angeles County. About 1 million people live in these areas.

Supervisor Kathryn Barger said there’s one dispensary in her district that also holds parties and is located near homes. She said while she and other supervisors understand that medical marijuana has benefits, more needs to be done to hold illegal dispensaries accountable.

In February, the Board asked the Los Angeles County Sheriff’s Department, the District Attorney’s Office and other agencies to count how many illegal dispensaries were operating in their areas and report back to them. The Medical Marijuana Dispensary Enforcement Teams continue to investigate many of the illicit businesses but face several challenges, including a backlog in civil courts. Once a suspect is arrested and found in violation, that person likely goes and starts another business.

The lucrative nearly all-cash nature of medical marijuana dispensary businesses and a comfort level that many owners and operators have with previously operated illegal storefronts are believed to be significant factors resulting in noncompliance, according to the report read to the Board of Supervisors.

Los Angeles County Deputy District Attorney Lance Wong told the board keeping the illegal dispensaries is like playing a game of whack-a-mole, because businesses keep popping back up.

But he said the county and task force need to persist for public health and safety reasons.

“Our game plan is to take them all out at once,” Wong said. “We’re going to take our chances and send them a message.”

Los Angeles county residents concerned about dispensaries can call 213-974-6453 or go to marijuana@lacounty.gov.