TRENTON - Prosecutors who have been locked a legal battle over alleged drug sales with New Jersey's foremost marijuana activist were granted a request this week to keep the identity of a confidential informant in the case private. Superior Court Judge... 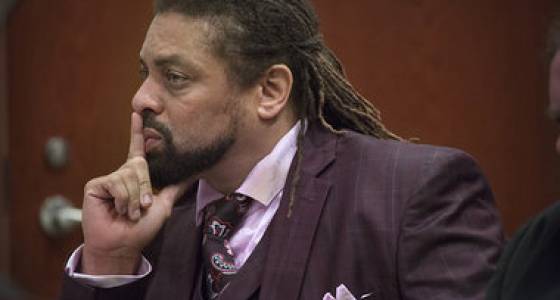 TRENTON - Prosecutors who have been locked a legal battle over alleged drug sales with New Jersey's foremost marijuana activist were granted a request this week to keep the identity of a confidential informant in the case private.

Superior Court Judge Anthony Massi handed down the decision Thursday, saying that Ed "NJ Weedman" Forchion and his attorney do not need to know the identity of the informant in order to build a defense against the drug charges.

The decision comes nearly a year after the arrests that sparked Forchion's legal battles. In April 2016 police raided Forchion's eatery, called NJ Weedman's Joint in downtown Trenton and charged Forchion with selling marijuana at his establishment. They also confiscated multiple electronic devices, including cameras and hard drives from the building.

Mercer County prosecutors have said that a confidential informant for police bought marijuana from Forchion multiple times before the raid and provided essential information on the sales to police.

In August, Mercer County Assistant Prosecutor Stephanie Katz filed the motion for a protective order to keep the identity of the informant confidential. But Forchion ignored the motion and posted the name of the man he believed to be the confidential informant on social media.

Forchion claims that he was asking his followers and friends to find information on the alleged informant that could assist him in his legal case. He denied prosecutors' claims that putting the identity online could compromise the witness's safety.

It's common for prosecutors and defense attorneys to search for information on witnesses in a criminal case in order to build a defense about their credibility, Forchion said Friday.

"I don't understand why it's so outrageous that I got this information."

He added that he should be allowed to know the identity of the person responsible for his arrest.

"I have a right to face my accuser," Forchion said.

But in his decision siding with prosecutors' motion, Judge Massi said Forchion would have a chance to face the confidential informant if the case goes to trial and the informant takes the stand.

For Forchion, the issue has less to do with marijuana laws than it does with what he believes are injustices in the judicial system. He said he still hasn't received the hard drives and cameras that police confiscated from his establishment - evidence that he believes, would exonerate him of all charges.

"This argument isn't about cannabis  - it's about the constitution," He said.