It had to happen.2 Hours Ago3 Weeks Ago2 Weeks AgoIt stinks, to be sure. It's a sad day in Tampa Bay sports, no doubt. One of the worst ever.Saying goodbye is never easy. And saying goodbye to this player is especially hard.Ben Bishop is a class act. On... 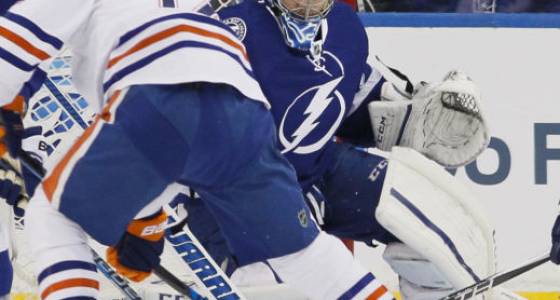 It had to happen.

It stinks, to be sure. It's a sad day in Tampa Bay sports, no doubt. One of the worst ever.

Ben Bishop is a class act. On the ice. Off the ice.

The Lightning will miss him. On the ice. Off the ice. Especially on the ice.

Bishop, traded to the Kings on Sunday, is responsible for one of the best runs in Lightning history, leading it to the playoffs the past three seasons. He probably gave Tampa Bay its best chance to claim a playoff berth this year. Honestly, the Lightning isn't as good today as it was yesterday.

But this is the smart move. And that has nothing to do with Bishop. He didn't want to leave. The Lightning didn't want to trade him. Deep down, no one wanted this. So why did it happen?

It has to do with the salary cap and free agency and contracts and a bunch of other things that make it darn near impossible for any good team to keep all its good players. Not everyone can stay. Some have to go. Tough choices must be made.

The tough choice here was to trade Bishop in order to keep others. This will help Tampa Bay in the long run. Remember this years from now if the Lightning still has Steven Stamkos and Victor Hedman, and has re-signed guys like Jonathan Drouin, Nikita Kucherov and Ondrej Palat.

Here's also what makes this decision a little easier to swallow: The Lightning truly believes it has a replacement for Bishop.

As much as anything, the trade of Bishop means the Lightning is ready to turn the reigns of the franchise over to 22-year-old Andrei Vasilevskiy.

It's a risk, a giant leap of faith. Vasilevskiy has been good this season but not so special that the Lightning is convinced he is destined to backstop it to a Stanley Cup. But it's time to take off Vasilevskiy's water wings and throw him into the deep end.

He has shown flashes of brilliance. He has shown that no moment is too big, playing his best in the biggest games. He has won a Stanley Cup final game. He nearly knocked off the eventual champion Penguins in last season's conference final. He doesn't wilt under the bright lights. He doesn't shrink on the big stage.

But he has never been the No. 1 goalie. He has never been The Man. Now he will be, and that's the scary part. It's one thing to play well for a week or two in the playoffs, when everyone's focus is on high alert. It's quite another to carry a team for six long months, when it occasionally needs incredible goaltending to save the day. When Bishop missed several weeks this season, Vasilevskiy didn't always do that.

But the scouting reports on Vasilevskiy are still too good, the potential is still too high.

But all those things conspired to force GM Steve Yzerman to play musical chairs with his goalies. The music was about stop, and Yzerman had to chose who to save a seat for. The choice was Vasilevskiy.

It's the smart choice. The only choice. Prediction: Vasilevskiy is going to be a star.

But Yzerman and the Lightning did the right thing.