John Varvatos, a fashion designer to music stars, was hoping to hook up with Frederick’s of Hollywood, The Post has learned.For more than a year, Varvatos had been in discussions with brand licensing behemoth Authentic Brands Group, which owns Frederick’s... 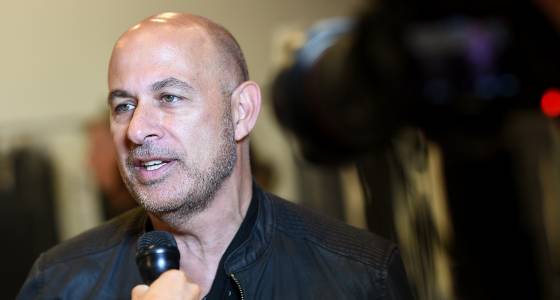 John Varvatos, a fashion designer to music stars, was hoping to hook up with Frederick’s of Hollywood, The Post has learned.

For more than a year, Varvatos had been in discussions with brand licensing behemoth Authentic Brands Group, which owns Frederick’s and more than two- dozen other marks, about buying his 18-year-old company, sources close to the situation said.

The two had actually reached a deal in the last few weeks, but Lion Capital, which owns Varvatos, put the kibosh on it, sources said.

Lion has veto rights on any sale. Lion also owns 20 percent of ABG.

It’s unclear whether price or another issue derailed the deal.

ABG approached Lion Capital about the purchase after the London-based private equity firm — which owns such varied companies as Bumble Bee Foods and Buscemi, a luxury sneaker brand — invested $160 million in ABG.

The negotiations were between ABG’s Jamie Salter and Varvatos, whose arrangement with Lion Capital gave him the authority to approve a buyer if that buyer is an affiliate of Lion Capital, sources said.

The New York City licensing firm had its sights on Varvatos’ “huge potential for international growth,” said one of the sources.

Known for dressing such legends as Ringo Starr, Iggy Pop, and Dave Matthews, Varvatos confirmed to The Post that he’s spent more than a year exploring a sale.

“We have had conversations, but in the end we felt we are better off following our original business plan,” the chairman, 54, said of his design firm.

He cut his fashion teeth working at Ralph Lauren and Calvin Klein.

The uncertainty of whether the company, whose $398 slip-on shoes and $128 short-sleeved linen T-shirts are sold in 22 boutiques around the world and in department stores like Neiman Marcus, Nordstrom and Saks Fifth Avenue, would be acquired had been a distraction impeding the company’s growth trajectory, sources said.

With the deal dead, Lion Capital is re-focusing its energy on the brand. It is said to be in lease negotiations to open up to five more stores, including ones in Dallas and Dubai, said Varvatos.

“It’s a small business compared to what it could be,” said a source close to the company.

Last year, Varvatos’ sales reached $125 million, according to the source.

Lion Capital took a majority stake in the company in 2012, forking over between $75 million and $80 million, according to reports at the time.

In recent years, the company has had some turnover at the CEO level. Mark Brashear, a former Michael Kors and Hugo Boss executive, has been at the helm for the past year.

“It’s a fight every day for all of us in this business,” said Varvatos. “It’s very hard to make the numbers happen.”

At least one source said a deal with ABG could still happen, describing the tabling of the talks as a “breather.”