CaptionCloseBill O'Reilly may find himself off the air at Fox News when he returns from a European vacation in six days, according to a report from the top media expert on internal struggles at the conservative network."The Murdochs are turning against... 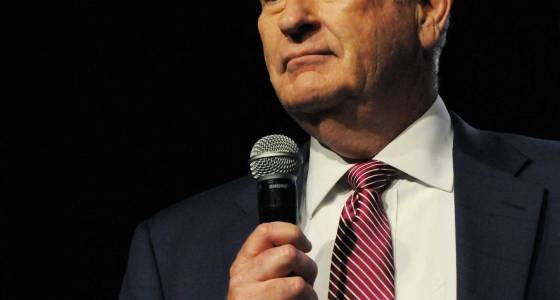 Bill O'Reilly may find himself off the air at Fox News when he returns from a European vacation in six days, according to a report from the top media expert on internal struggles at the conservative network.

Advertisers have abandoned "The O'Reilly Factor" in droves since The New York Times reported early this month that a total of $13 million has been paid out to women who charged sexual harassment or harassment by BillO.

Another woman, a frequent O'Reilly guest, has made a formal complaint to human resources at Fox News.  She is not asking for money but is alleging that O'Reilly reneged on promises to help her career after she spurned an invite to his hotel room.

O'Reilly is Fox News' top attraction and anchor of its right-thinking lineup of evening hosts.  He has averaged nearly 4 million viewers a night, a figure that did not drop even after the Times report.

"Three sources with knowledge of the discussions said that, while no final decision has been made, the Murdochs are leaning toward announcing that O'Reilly will not return to the air," Sherman reported.

"Sons James and Lachlan have been arguing that O'Reilly needs to go, say these sources, though their father Rupert has resisted the outcome."

An attorney for BillO, Marc Kasowitz, released a statement:  "Bill O'Reilly has been subjected to a brutal campaign of character assassination that is unprecedented in post-McCarthyist America. This law firm has uncovered evidence that the smear campaign is being orchestrated by far left organizations bent on destroying O'Reilly for political and financial reasons."

The two younger Murdochs were teenagers when O'Reilly began what has been a two-decade run as the mighty mouth of Fox News, architect of the "war on Christmas" campaign, and self-described "culture warrior."

The Murdochs, back in 2011, were in final stages of purchasing Sky News, the European pay-TV provider.  A scandal over hacked telephone conversations thwarted the sale, as well as forcing closure of the Murdoch-owned tabloid News of the World.

The Murdochs are back in pursuit of Sky, a $14 billion takeover deal.  But, as Sherman noted, a British agency must determine that they are "fit and proper" owners.  The determination may influence O'Reilly's fate.