Galleries Videos CONTACT ADVERTISE
Famagusta 21°
clear sky
BUSINESS EDUCATION ENTERTAINMENT HEALTH POLITICS SCIENCE SPORTS TECHNOLOGY
12:08 Guide To Online Sports Betting: How To Choose A Sportsbook
08:28 What Are Some Reasons to Consult a Brain Injury Lawyer?
09:24 Blockchain Solutions for Enterprises: How To Increase Efficiency And Profitability
07:06 How To Deal With A Car Crash In New York
17:43 Tips to keep in mind while choosing the casino site
11:34 Relation Between Employee Theft and Pre-employment Screening Check
04:37 Search your own desired site to play sports for betting
18:00 Top 3 Career Path Options for Business Analysts Preview
15:35 The history of Imen Jane, who is the influencer and the charges on the...
18:48 Sebastian Vettel's Greatest Races
BIST
1124
GOLD
458.727
USD
7.6460
GPB
9.7703
EUR
8.8844
Breaking News
Top 3 Career Path Options for Business Analysts Preview
Close

CLEVELAND, Ohio -- Ohio Senate Minority Leader Joe Schiavoni, who told cleveland.com and others Tuesday that he would run for governor in 2018, officially launched his campaign Wednesday with an emailed statement. "After seven years of Republican control,... 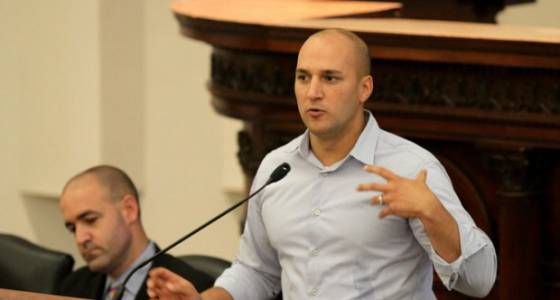 CLEVELAND, Ohio -- Ohio Senate Minority Leader Joe Schiavoni, who told cleveland.com and others Tuesday that he would run for governor in 2018, officially launched his campaign Wednesday with an emailed statement.

"After seven years of Republican control, we still don't have the high-paying jobs that places like Youngstown, Toledo and the Ohio Valley so desperately need," Schiavoni, a Democrat from Boardman, said. "Our roads and bridges are falling apart. Our public education system is woefully underfunded. Ohio's opioid epidemic continues to plague our communities. Meanwhile, Ohio Republicans give hundreds of millions of dollars to failing charter schools and billions in income tax cuts to the very rich.

"That's why I am running for Governor -- to provide the new generation of leadership we need to move Ohio forward," Schiavoni, 37, continued.

More from his statement:

Our next Governor must be someone who can speak to voters in all parts of the state - urban, suburban and rural. Someone who will fight for all Ohioans, no matter where they live and no matter who they voted for in the past. Someone who can talk to people who don't regularly vote and inspire them to get involved and help bring about real change. Someone who tells it like it is and won't make promises they can't keep.

I am not a career politician, and I'm not going to be the anointed candidate. But I am a fighter, the fighter that Ohio needs. I will work harder than anyone, visit every part of the state and meet with every Ohioan I can until I win. Once elected, I will get to work giving ALL Ohioans the new leadership they are asking for and they deserve.

Schiavoni, whose district includes the Youngstown area, is the first Democrat to formally declare his candidacy for governor. He entered the race after a fellow Youngstown-area Democrat, U.S. Rep. Tim Ryan, announced he would not run for governor. Another possible candidate, former U.S. Rep. Betty Sutton of Copley, said Tuesday that she will reveal her decision next week.

Schiavoni is largely unknown outside his district. And campaign finance reports show he began 2017 with about $39,000 on hand -- a low figure for someone with statewide aspirations. But Schiavoni's leadership post obligated him to spend big money on electing and re-electing Democratic lawmakers last year.