Jared Kushner, the son-in-law and top adviser to President Donald J. Trump, will recuse himself from any policy discussion related to federal rental assistance for low-income tenants because his real estate firm's Baltimore-area properties receive income... 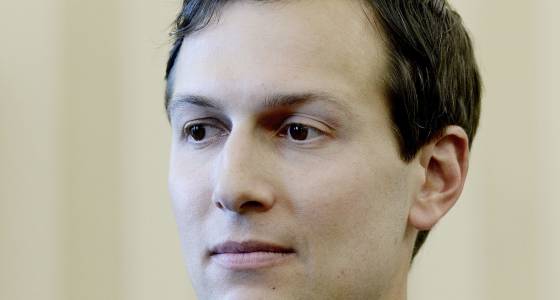 Three apartment complexes owned by the Kushner Cos. in Maryland lease units to tenants whose rent is partially paid with Housing Choice vouchers. Those vouchers, previously known as Section 8, are financed by the Department of Housing and Urban Development.

The Kushner Cos. own 17 complexes in Maryland. HUD confirmed that the Pleasantview Apartments in North Baltimore, the Carriage Hill Apartments in Randallstown and Highland Village Townhomes in Lansdowne are "HUD-assisted," meaning that the agency pays part of the rent for voucher-holding tenants.

The agency would not say how much federal money has flowed to the Kushner Cos., which owns apartments in Baltimore, Baltimore County, Prince George's County and in New Jersey, New York, Ohio and Pennsylvania.

Sinclair Broadcast Group denied Monday that it gave favorable coverage to Donald Trump's campaign on its local news programs in exchange for access, calling recent reports about its presidential election coverage "misleading" and saying it offered the same opportunities to both major candidates.

Sinclair Broadcast Group denied Monday that it gave favorable coverage to Donald Trump's campaign on its local news programs in exchange for access, calling recent reports about its presidential election coverage "misleading" and saying it offered the same opportunities to both major candidates.

A White House official with knowledge of Kushner's holdings told The Baltimore Sun that the New York businessman will comply with all financial disclosure rules and recuse himself "from any particular matter concerning HUD's rental voucher program."

Some analysts say Kushner needs to do more to distance himself from his family's business to avoid violating federal ethics rules that prohibit officials from participating in decisions that could benefit them financially.

Richard W. Painter, who was the chief ethics lawyer to President George W. Bush, said federal conflict-of-interest law specifically bars Kushner from involvement in decisions that might affect his properties — and his immediate colleagues should also keep their distance.

"Although [White House] staff could legally get involved in those matters," he said, "the appearances would be awful."

Painter has raised concerns about potential conflicts of interest between Trump's business empire and his administration. Painter, Obama ethics lawyer Norm Eisen and others filed a lawsuit last month claiming that Trump is violating the Constitution's emoluments clause by accepting payments from foreign governments at his hotels and other businesses.

Kushner, 36, is married to Trump's daughter, Ivanka. Trump has named him senior adviser to the president.

As a senior government official, Kushner is required to submit a financial disclosure form to the Office of Government Ethics, the agency that oversees ethics in the executive branch. His form has not yet been made available to the public.

This is part of the Commons at White Marsh, a development of apartments owned by Jared Kushner.

This is part of the Commons at White Marsh, a development of apartments owned by Jared Kushner.

A spokesman for the Kushner Cos. said Kushner resigned as chief executive on Jan. 19, the day before Trump was inaugurated, and is selling off his interests in all foreign investments and other businesses. Some assets are to be sold to a trust controlled by family members.

The spokesman said the Kushner Cos. has no plans to sell its Maryland holdings.

According to the Office of Government Ethics, employees should "obtain specific authorization before participating in certain Government matters where their impartiality is likely to be questioned."

A federal criminal statute prohibits executive branch employees from participating personally and substantially in a particular government matter that will affect their own financial interests or the financial interests of certain individuals, including relatives, with whom he has ties to outside the government.

"The receipt by President Trump and his family of taxpayer funds through public housing programs creates the possibility of conflicts of interest for them and for the Department of Housing and Urban Development," the Baltimore lawmaker told The Sun. "I believe we need a full accounting of how much money President Trump and his family are making from American taxpayers and how these conflicts are being managed."

Cummings has pressed his colleagues to investigate Trump's finances for potential conflicts of interest.

The Maryland properties — the majority of which are in Middle River, Essex, Dundalk and other Baltimore County locations where Trump was popular — are part of the large rental portfolio that Kushner has amassed over the years in what one apartment industry publication termed "second-tier cities such as Pittsburgh, Baltimore, Cincinnati, and Toledo."

Kushner's tenants in Maryland don't necessarily know that their landlord is a member of the nation's most powerful family. The properties are owned by Westminster Management, a division of Kushner Cos.

Westminster owns more than 20,000 multifamily apartments, according to the Kushner Cos. website.

The officials who run a court-ordered program that helps families move from Baltimore's poorest neighborhoods to areas with low crime and high-performing schools are planning to stop taking new applicants.

Hundreds of people sign up each month for the rental subsidies and counseling, which are offered...

The officials who run a court-ordered program that helps families move from Baltimore's poorest neighborhoods to areas with low crime and high-performing schools are planning to stop taking new applicants.

Hundreds of people sign up each month for the rental subsidies and counseling, which are offered...

Maryland land records show that Kushner sometimes bought in bulk, borrowing hundreds of millions of dollars to take over several complexes from other companies.

Some of the properties have interesting lineages. The legal description of the land on which the Essex Park complex sits, for example, includes the note that it was "conveyed by Lord Calvert Land Grants."

Other properties were previously owned by construction magnate and philanthropist Henry Knott and Victor Posner, the Baltimore-born corporate raider who began amassing his wealth by building low-cost housing in Baltimore County, then selling the units but keeping the land and lucrative ground rents.

Eight of Westminster's Maryland properties were part of one of the region's largest-ever real estate deals at the time they were sold in 2003. They were among 12 apartment complexes sold by Knott's descendants for hundreds of millions of dollars to Sawyer Realty Holdings.

Kushner's interest in this area does not surprise commercial real estate professionals.

Robert F. Freeze Jr., who brokered the Knott family's sale, said he has met members of the Kushner family. He describes them as savvy investors who realized Maryland's investment potential: low prices compared to Washington and New York in a region with stable employment and easy access to both bigger cities.

"They are very hard-working people," said Freeze, a commercial real estate broker based in Timonium. "The workforce-type of housing they provide is necessary and desperately needed. And it's a good stable investment.

"They look at Baltimore like it's fertile territory. They're used to everything being very expensive."

Adam Skolnik, executive director of the Maryland Multi-Housing Association, said the Baltimore metro area's multifamily rental market is "very hot. [It] has been a solid, strong market for years."

"I have no doubt that Westminster and the Kushner family saw an opportunity, and that they're doing quite well with those properties," Skolnik said. "I don't know that you're going to get massive returns, but you're always going to get solid, stable returns. That's what most of these guys want."

According to U.S. Census data, there are more than 85,000 apartments in Baltimore County, three-quarters of which are in developments with more than 10 units. County records show that the Westminster properties have close to 5,500 units.

Kushner "stealthily targets complex off-market mega-deals for properties that aren't exactly jet-set destinations," Multifamily Executive magazine reported in a 2012 article about his purchases in Baltimore and other cities.

The federal government spends hundreds of billions of dollars annually on housing, transportation and infrastructure. Decisions about where that funding will flow can have a direct impact on property values and rental rates.

Roger Hartley, dean of the college of public affairs at the University of Baltimore, said Kushner's closeness to Trump raises the potential for conflicts.

"What if there's a decision about land use that federal dollars could impact, like a highway expansion?" he asked. "This is the reason we disclose. There have to be open books, and transparency."

Hartley said the election of Trump has led the country into uncharted waters.

"We haven't really had this type of president who has built up this type of family business before," Hartley said.