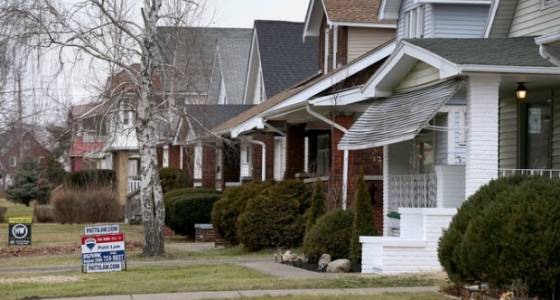 The Ohio Association of Realtors said Wednesday that buyers grabbed 8,228 houses or condominiums last month, a 2.5 percent increase from the first month of 2016. The statewide pace of sales - a seasonally adjusted, annual rate calculated by the trade group - rose by 1.3 percent, to its "best-ever mark" for the month.

"The start of a new year shows the Ohio marketplace is continuing to exhibit remarkable resiliency," Pete Kopf, a Cincinnati-area broker and the group's president, said in written statement posted on the organization's website.

Sales still slipped from December, as they typically do.

In Northeast Ohio, though, sales dipped slightly from January of 2016, according to a recent report from the Northern Ohio Regional Multiple Listing Service. Most of the softening occurred in the condo market, based on statistics spanning 18 counties.

In Cuyahoga County, sales nonetheless were 1.5 percent higher than a year before.

On Wednesday, the National Association of Realtors said that January sales rose in every major region of the country except for the Midwest. The trade group, focused on previously owned homes, said that the seasonally adjusted annual sales rate was up 3.8 percent from a year before - and hit its fastest pace in nearly a decade.

Lawrence Yun, chief economist for the national Realtors, credited the gains to hiring and heightened consumer confidence at the end of 2016.

"Market challenges remain," he said in a written statement, "but the housing market is off to a prosperous start as homebuyers staved off inventory levels that are far from adequate and deteriorating affordability conditions."

Low interest rates and a shortage of new listings likely are propelling some buyers to look now instead of waiting until March, April or May, Svenja Gudell, chief economist for real estate data company Zillow, said in an emailed statement.

"Overall," she said, "this is an exceptionally strong way to start the year, and it's clear that demand is likely to continue to be very high as the market enters the spring, even if inventory remains low and affordability suffers somewhat from rising mortgage interest rates."

In the Midwest, the pace of sales was off by 0.8 percent from January of 2016 and down by 1.5 percent from December. The national Realtors define the Midwest as a 12-state region, comprising Illinois, Indiana, Iowa, Kansas, Michigan, Minnesota, Missouri, Ohio, North Dakota, Nebraska, South Dakota and Wisconsin.

A separate report on nationwide sales of newly built homes will be released Friday.