It's time to expand the medical marijuana program | Editorial

Like a trail of tears, two dozen New Jerseyans shared their stories one by one in Trenton Wednesday, explaining how ceaseless pain from horrendous diseases like Lupus and Tourette's and RSD dominates their lives and how marijuana helps relieve it. It is... 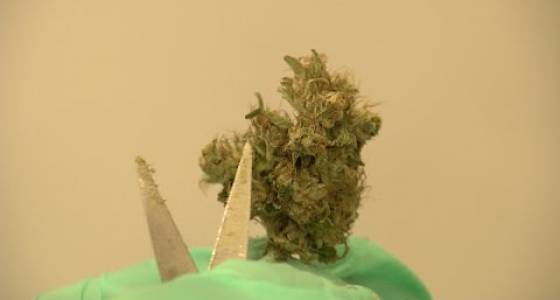 Like a trail of tears, two dozen New Jerseyans shared their stories one by one in Trenton Wednesday, explaining how ceaseless pain from horrendous diseases like Lupus and Tourette's and RSD dominates their lives and how marijuana helps relieve it.

It is wrong that they have to beg like this, and everyone in the room knew it - especially the state health regulators charged with recommending to the Department of Health whether to expand access to the Medicinal Marijuana Program to include such maladies. The chairman of the review panel, Alex Bekker, conceded the drug's palliative effects and confirmed the "sufficient evidence. . . .that marijuana can be very helpful" for any chronic pain.

That was encouraging. But as noted by Ken Wolski, executive director of the Coalition for Medical Marijuana of New Jersey, that's only half the journey.

Why is New Jersey still one of the few states with MMPs that don't recognize chronic pain as a qualifying condition, unless that pain is related to cancer or AIDS treatment? Why limit its access when multiple studies show that marijuana can help reduce dependence on opioids? And why must people suffer a minute longer than necessary?

The panel has 60 days to submit a report that Bekker already crystallized in one sentence, but that is followed by a five-month public review session, followed by a final determination from DOH Commissioner Cathleen Bennett sometime in October.

Eight more months of waiting for what Wolski estimates could be as many as 100,000 people who needlessly suffer from chronic pain.

Sen. Joseph Vitale (D-Middlesex), chairman of the Health Committee, put it this way: "That's far too long, when evidence from other states is clear on the efficacy of treating (chronic pain from) certain disorders and diseases."

The law allows DOH to expand the NJMMP, yet after four years, it still consists of only five dispensaries serving 11,000 active members - largely because the Christie Administration has created political barriers that delay expansion. It took three years for him to open the first dispensary. The rules are considered the most restrictive in the U.S.

The rare exception was the governor's decision to add PTSD to the original list of qualifying conditions (ALS, muscular dystrophy, seizure disorders, multiple sclerosis, etc.) last September. We applauded that. But now it's time to expedite the expansion.

Christie should be reminded that MMP expansion can help him gain some traction in his crusade to reduce opioid addiction.

For starters, unlike opioids, marijuana doesn't kill 19,000 people annually in the U.S. In fact, states with medical marijuana programs have fewer opioid deaths - a whopping 25 percent lower opioid overdose mortality rate than states without MMP. A July 2015 study found that broader access to medical marijuana "may have the potential benefit of reducing abuse of addictive painkillers."

So if the governor seeks to reduce access to painkillers, this is a no-brainer. Opioids have caused a national crisis. Drug companies lied - Purdue Pharma was fined $634 million for claiming Oxycontin was safer and less addictive than traditional painkillers - and doctors were complicit, writing 259 million prescriptions for opioids as recently as 2012, or one for every American adult.

Marijuana may not be a panacea, but it is effective against many forms of chronic pain and it isn't linked to deadly overdoses.

We are confident the MMP board will make the right recommendation. But those who use the data and update the rules need to take it out of the political arena once and for all. Pain is all some people know. We've wasted enough time getting them the relief they need.