CaptionCloseTwo buildings in Ballard were found Sunday defaced with anti-Semitic graffiti."It says Jew with the star of David under it," says Jonas, a Jewish resident in Ballard."And then that says the 'F' word, and Hitler under that."Jonas found the... 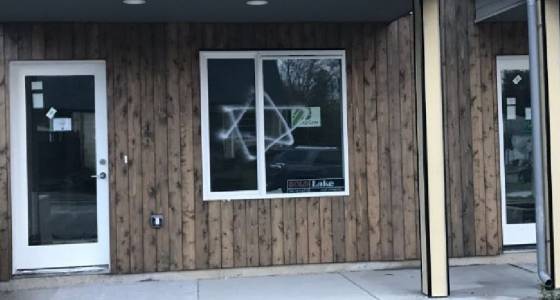 "It says Jew with the star of David under it," says Jonas, a Jewish resident in Ballard.

"And then that says the 'F' word, and Hitler under that."

Jonas found the graffiti on a building under construction along 65th Street in Ballard.

A Star of David was also painted onto a building at the corner of 64th Street and 28th Avenue.
"It's terrifying," added Jonas.

"My grandfather is a Holocaust survivor. He had to wear the star. I don't particularly want it painted on homes."

"It's also worrisome as a reflection of larger trends that are happening in this country. Particularly the ways in which people who are thought to be on the margins, have been increasingly discriminated against and made to feel fearful. And I think this is in many ways a piece of those larger concerns."

"I think it's a time to be concerned as a member of any minority group within this country," added Rabbi Weiner.

"Let me be clear – we condemn these vile acts and those who perpetuated them in the strongest possible terms. Hatred and anti-Semitism have no place in America."