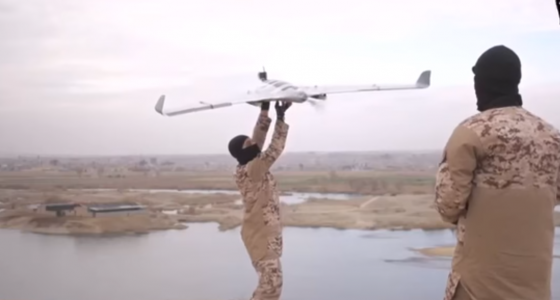 The bomb can be seen as it twists through the air and nails the vehicle — causing a massive, fiery explosion.