Is this Bernie's revenge on the DNC?

WASHINGTON – Sen. Bernie Sanders wouldn’t commit on Sunday to turning over his email list of progressive activists to the Democratic National Committee – a group he dubbed the “establishment’s house.”The Vermont Independent built up a... 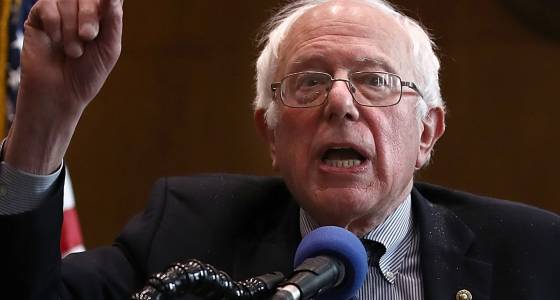 WASHINGTON – Sen. Bernie Sanders wouldn’t commit on Sunday to turning over his email list of progressive activists to the Democratic National Committee – a group he dubbed the “establishment’s house.”

The Vermont Independent built up a list of activists throughout his presidential campaign that helped him raise nearly $238 million – largely from small-dollar individual donors.

He’s been under pressure from some to keep their personal information private from the DNC, which many of his backers believe rigged the presidential race in favor of Hillary Clinton.

Pressed twice on CNN’s “State of the Union” Sunday whether he’d share his distribution list to help unite the Democratic Party, Sanders declined to commit.

Instead, he said he’ll focus on activism among certain candidates who share a progressive message.

His comments follow a tight contest this weekend for DNC chairman. Sanders campaigned for Rep. Keith Ellison, but the Minnesota progressive and early Sanders backer lost in a divided race to Tom Perez, former President Obama’s Labor Secretary who had endorsed Clinton.

In his first action as chairman, Perez asked Ellison to be his deputy in an effort to bring together a divided party and try to heal 2016 wounds.

“Keith [Ellison] ran a great campaign. He took on, in essence, Democratic insiders, and yet he came close to winning,” Sanders said of his candidate. “That was a very impressive effort, when you realize that he was playing inside the establishment’s house.”

Sanders shot down President Trump’s charge on Twitter that the DNC election was “rigged” against Ellison, but admitted the system needs changing.

“One of the things that Tom [Perez] is going have to change is to figure out how we elect national Democratic leaders,” Sanders said. “I’m not quite impressed with the process that now exists.”

“You know, our unity as a party is our greatest strength,” Perez told CNN. “And it’s his worst nightmare. And, frankly, what we need to be looking at is whether this election was rigged by Donald Trump and his buddy Vladimir Putin.”

For his part, Perez said the party will redefine its mission with a 50-state strategy that focuses on electing Democrats on the local and state level.

National Democrats can’t be expected to work with Trump, Perez added on NBC’s “Meet the Press,” because “he hasn’t proposed anything but chaos and carnage.”