LOS ANGELES >> The body of a young man was found on an island off of the Los Angeles River near the 5 Freeway in Los Feliz may be that of 14-year-old Elias Rodriguez of Sylmar who went missing on Feb. 17, but authorities have not yet confirmed the person’s... 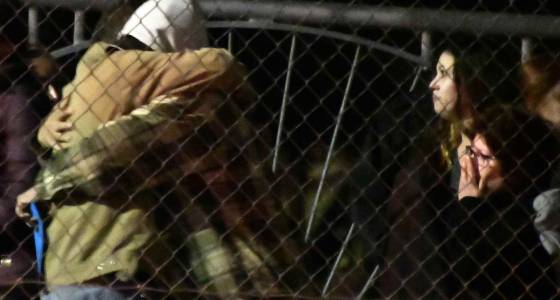 LOS ANGELES >> The body of a young man was found on an island off of the Los Angeles River near the 5 Freeway in Los Feliz may be that of 14-year-old Elias Rodriguez of Sylmar who went missing on Feb. 17, but authorities have not yet confirmed the person’s identity.

Rodriguez went missing during a powerful rainstorm. Los Angeles police, who recently were joined by the FBI, along with family, friends and concerned members of the community have been searching the area he was last seen since his disappearance. A helicopter search of the Los Angeles River turned up nothing.

Neither the police or the coroner’s office would confirm the body’s identity to City News Service. The Rodriguez family issued a statement Saturday saying they were awaiting “more information about the body found near the L.A. River” and asked for privacy.

“There is nothing more painful than the loss of a child, and the thoughts and prayers of all Angelenos are with the loved ones of Elias Rodriguez,” Garcetti wrote.

“Words cannot capture the agony that Elias’ grieving family has felt since his disappearance. I’ve asked my crisis response team, who have been with the family, to do everything possible to help them through what is surely their worst nightmare.”

Rodriguez was last seen leaving Cesar Chavez Learning Academies in San Fernando, according to the LAPD. He had borrowed someone’s cellphone to call his mother at work to ask if she could pick him up but she missed the call, police said.

The Los Angeles City Council offered a $50,000 reward for information that could help find the teen.