CLEARWATER — Police and fire officials rescued an injured bald eagle Wednesday morning from the middle of Countryside Boulevard.Officials said the bird was attempting to eat or grab a dead animal from the road when it was struck.Two lanes going northbound... 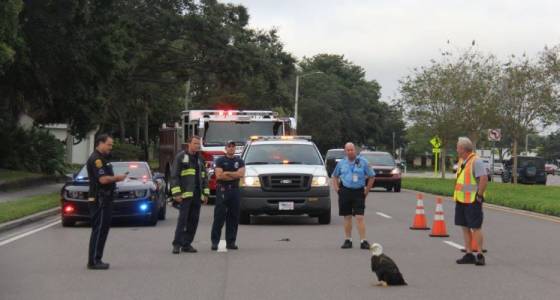 Officials said the bird was attempting to eat or grab a dead animal from the road when it was struck.

Two lanes going northbound on the road were closed as police and firefighters steered traffic away from the bird.

The bird made it to the side of the road, and was taken in by a wildlife rescue specialist, officials said.

The Owl's Nest Sanctuary for Wildlife will care for the eagle as it heals.