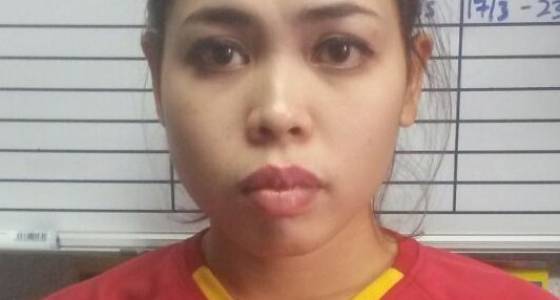 Malaysia said Saturday that it would issue an arrest warrant for a North Korean diplomat if he refuses to cooperate with the investigation into the deadly attack on North Korean ruler Kim Jong Un's exiled half brother.

Malaysia said earlier in the week that Hyon Kwang Song, a second secretary at the North Korean Embassy in Kuala Lumpur, was wanted for questioning. But authorities at the time acknowledged that he has diplomatic immunity and that they couldn't compel him to appear.

Abdul Samah Mat, the police chief leading the investigation, said authorities would give the diplomat "reasonable" time to come forward. If he doesn't, police will issue a notice compelling him to do so.

"And if he failed to turn up ... then we will go to the next step by getting a warrant of arrest from the court," Abdul Samah told reporters.

Lawyer Sankara Nair, however, said diplomats have immunity privileges even in criminal cases.

"If he is a Korean diplomat with a diplomatic passport, then he has immunity no matter a criminal case or otherwise," he said. "Police can apply for a warrant, but it can easily be set aside by the embassy."

Malaysia hasn't directly accused the North Korean government of being behind the attack, but officials have said four North Korean men provided two women with poison to carry it out.

On Saturday, the Indonesian suspect, Siti Aisyah, met with her country's deputy ambassador to Malaysia, saying she had been paid the equivalent of $90 for what she believed was a harmless prank.

Asked about whether she knew what was on her hands at the time of the attack, Erwin said: "She didn't tell us about that. She only said that it's a kind of oil, baby oil, something like that."

In grainy surveillance footage, the women appear to smear something onto Kim's face before walking away in separate directions. Malaysian police said the attackers had been trained to go immediately to the bathroom and clean their hands.

Aisyah has said previously that she was duped into the attack, but Malaysian police say the suspects knew what they were doing. Experts say the women must have taken precautions so the nerve agent wouldn't kill them.

Tens of thousands of passengers have passed through Kuala Lumpur's airport since the apparent assassination was carried out. No areas were cordoned off and protective measures were not taken, though officials announced Friday that the facility would be decontaminated.

Aisyah said Saturday that she did not want her parents to see her in custody.

"She doesn't want her family (to) get sad to see her condition," Erwin said. "She only delivered a message through us to her father and mother not to be worried and take care of their health."