In My Library: Christina Baker Kline

When Christina Baker Kline was 8, she had a poster on her bedroom wall of Andrew Wyeth’s “Christina’s World.”Now the author of “Orphan Train” has written a book about it: “A Piece of the World,” out this month, imagines the lives behind that... 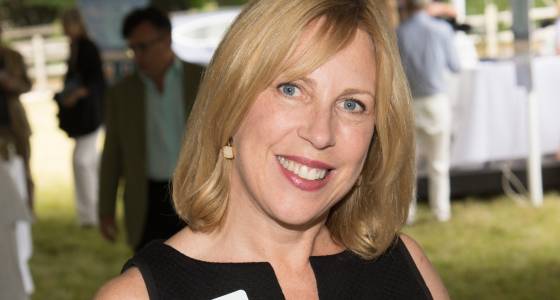 When Christina Baker Kline was 8, she had a poster on her bedroom wall of Andrew Wyeth’s “Christina’s World.”

Now the author of “Orphan Train” has written a book about it: “A Piece of the World,” out this month, imagines the lives behind that haunting painting of a lame young woman in the grass.

“I grew up in Maine, and my parents would do things like ambush E.B. White at his home, while my three sisters and I sat in the car,” she tells The Post. She says her family even visited the home of Wyeth’s subject, Christina Olson, and picnicked there in the grass.

“While writing this book, the painting just opened up for me,” says Kline, who these days divides her time between Maine and New Jersey.

After college, I went to study in Cambridge, England, where a grizzled professor pressed this book into my hands and said it would change my life. It did. The narrator tells us this is the saddest story ever told; later we realize he might be a sociopath. It was written in 1915 and is one of the earliest examples of the unreliable novel in books like “Gone Girl.”

If on a Winter’s Night a Traveler by Italo Calvino

Written in 1979, this book is like those Russian dolls — there’s a story inside a story inside a story. Every chapter title makes up a coherent single sentence, and it’s all about you, the reader, experiencing the story. It taught me that novels can be clever and complicated and worthy of study in a way I’ve never explored before.

This is a memoir about a very harsh childhood in Africa. Fuller’s parents had no money, her mother battled mental illness and some of her siblings died, yet it’s so funny and smart! It’s a tour de force of language, this story, and it showed me how important humor can be in telling a serious story.

The Hours by Michael Cunningham

Cunningham uses Virginia Woolf’s “Mrs. Dalloway” as a jumping-off point for these three connected stories. The language is gorgeous, and he uses a lot of devices Woolf used in writing it, a stream-of-consciousness style. When I’m stumped [while writing], I pull this off the shelf, open to a random page and read.