CaptionCloseAlbanyIs the ability to organize a fundamental human right? If so, should it be protected by local law?An ongoing legal battle between the New York Civil Liberties Union and New York Farm Bureau could shed light on both questions, and with it... 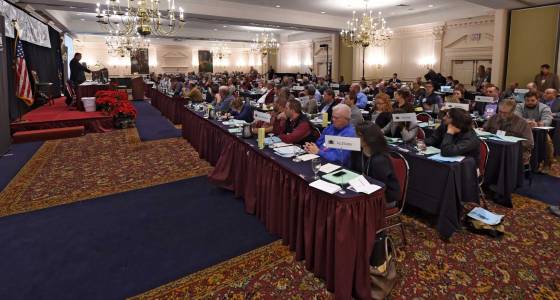 Is the ability to organize a fundamental human right? If so, should it be protected by local law?

An ongoing legal battle between the New York Civil Liberties Union and New York Farm Bureau could shed light on both questions, and with it decide the collective bargaining rights of more than 60,000 mostly undocumented state farm workers.

Last year, the NYCLU filed a suit on behalf of Crispin Hernandez, a former worker at Marks Farm in Lowville who says he worked 12-hour days, six days a week and was eventually fired for requesting basic work protections. Hours after the suit was filed, Gov. Andrew Cuomo, who along with the state was named as a defendant, said he would not oppose the lawsuit, effectively granting collective bargaining rights to state farm workers who have been unprotected by various state labor laws for decades. New York farmers make about $28,000 annually — far less than the $41,000 state average for all workers, according to the state Department of Labor.

But soon after, the Farm Bureau, which represents more than 21,000 New York farmers, was granted intervenor status in the case. The bureau said unionized workers would place undue burdens on farms, where workdays are determined by weather and other uncontrollable factors. "There is only one person who has a say in the length of our workday, and that is the good Lord above," former Farm Bureau President Dean Norton said in December.

But a new brief filed by student and faculty at Columbia Law School’s Human Rights Clinic argues the state has an obligation under a patchwork of international human rights conventions to protect the right to organize. If successful, the argument would be one of a growing number of legal cases that invoke such conventions to affect local law, including a 2012 resolution in Albany County that determined freedom from domestic abuse is a human right.

“International human rights law, which includes specific labor protections, should inform the decision in this case,” the brief says. “The international right to freedom of association, which the United States has committed to uphold, requires governments to adopt laws and policies that prevent interference with workers' rights to organize and collectively bargain, and to provide adequate remedies when violations occur.”

JoAnn Kamuf Ward, co-director of the Human Rights Clinic, argued that, because the United States has ratified certain human rights treaties, they should then be used to extend protections to those that have been left vulnerable by inconsistencies in state and federal law. Further, she said, state and local laws are more reactive and malleable than the federal constitution, and so can be changed more rapidly to reflect growing societal needs.

“In this current political moment where local law and the federal government may not always or often be on our side, human rights (conventions) offer a really critical tool to not only mobilize, but also to really think about … what our local governments should look like and what are the new ways we can push them,” she said during a panel at Albany Law School Saturday.

Similar legal thinking has been used in New York since at least the 1950s, when the state Supreme Court cited the Universal Declaration of Human Rights in its decision to allow women to bar tend. In 2012, Albany County became one of the first counties in the nation to declare that it has an obligation under international conventions to defend citizens’ freedom from domestic violence. The case was influenced by eight students with the Albany Law Clinic and Justice Center.

But the Farm Bureau argues that the exemption of farm workers from state labor laws “is purely economic legislation” and that the “fundamental right” to unionize was never intended by those who penned the law.

The court, the Farm Bureau writes, should “leave the policy discussion regarding the prudence of collective bargaining rights to agricultural workers where that discussion belongs: with the New York State Legislature.”