How Spicer tried to get reports of Russia talks shot down

White House spokesman Sean Spicer orchestrated phone calls between outside officials and reporters to try to tamp down reports Trump campaign officials had been talking to the Russians before the election, according to a report on Monday.Spicer arranged for... 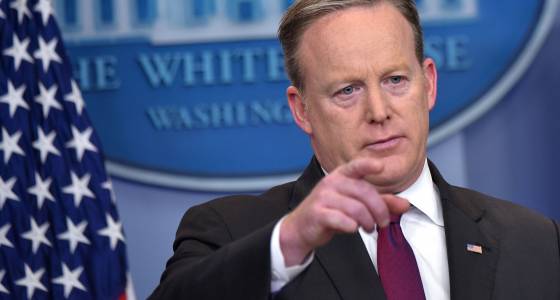 White House spokesman Sean Spicer orchestrated phone calls between outside officials and reporters to try to tamp down reports Trump campaign officials had been talking to the Russians before the election, according to a report on Monday.

Spicer arranged for CIA Director Mike Pompeo and Sen. Richard Burr, the chair of the Senate Select Intelligence Committee, to dispute the news report and then stayed on the line to listen in, Axios reported, citing a senior administration official.

He also gave phone numbers of reporters from the Washington Post and the Wall Street Journal to Rep. Devin Nunes, the chair of the House Intelligence Committee, the report said.

The effort, according to Axios, was to discredit a New York Times article from Feb. 15 that campaign operatives had been in contact with Russian intelligence officials.

The FBI had reportedly contacted the White House to say the story was inaccurate but would not publicly discount it. So the White House sought officials who would discredit it, Axios reported.

The source said Spicer, who declined to comment, was unaware an investigation into the alleged communications was underway and was just trying to shoot down the reports before that day’s TV news deadlines.

“For over six months, we have heard about these alleged contacts with Russia,” the source told the web site. “And yet, … with all the leaks have have come out, there’s no ‘there’ there.”

On Sunday, a White House adviser said there’s no need yet for Attorney General Jeff Sessions to recuse himself from the FBI and Justice Department probes into the alleged talks.

“I don’t think we’re there yet,” Sarah Huckabee Sanders, said on ABC’s “This Week.”

Democrats and some Republicans have raised the issue of whether Sessions, a longtime supporter of Trump, could remain impartial and called for a special prosecutor to look into the matter.