Former Kane County Sheriff Ken Ramsey is a tough guy.Fighting in the Vietnam War, serving as a firefighter, and working 35 years in law enforcement, Ramsey saw violence, death and destruction. He's watched executions, sent some people to jail and pulled... 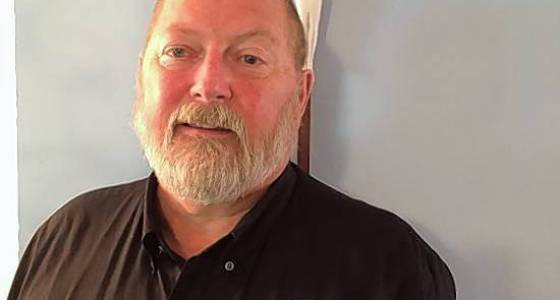 Fighting in the Vietnam War, serving as a firefighter, and working 35 years in law enforcement, Ramsey saw violence, death and destruction. He's watched executions, sent some people to jail and pulled others from mangled cars.

The two-term Batavia alderman and three-term sheriff even survived a heart attack in which resuscitation required four shocks from a defibrillator.

But deep down, Ramsey still felt something was missing.

"God doesn't yell at us. He whispers," Ramsey said.

In 2008, God whispered pretty forcefully. Ramsey's son, Ken, was diagnosed with an inoperable, typically fatal brain tumor. Ramsey was praying in a hospital chapel when it occurred to him: He was always asking God to do something.

"What had I ever done for him?"

That question was the start of a spiritual conversion that took Ramsey from a career in law enforcement to his new calling as a Roman Catholic deacon. He discussed the change at Tuesday's Batavia Brotherhood Banquet, in his speech "From Carrying the Badge to Carrying the Cross: My Faith Journey."

Today, Ramsey's main job is helping sick and dying people. The man who battled with politicians now cites the writings of Mother Teresa and the Gospel. He helps with Mass and teaches religious classes.

"I've never been happier or more at peace," Ramsey said. "I just want people to see Jesus in and through me."

When we first told you about Jamie Detwiler in November, the real estate agent from Roselle had just been charged with multiple burglary charges alleging she arranged phony showings to steal jewelry from homes for sale in Palatine and Wheaton.

Assistant Glen Ellyn Police Chief Bill Holmer said department investigators contacted several homeowners whose properties had been visited by Detwiler. One who discovered that a $5,300 ring and $1,500 necklace had gone missing after the showing. Both have since been recovered, Holmer said.

"It would appear that she went to the home under the guise of a showing, but we don't believe there were any clients with her," he said.

Detwiler faces a maximum 15 years in prison if convicted of residential burglary. She's due back in court March 13 on the DuPage County cases and April 6 on the Palatine case. She has pleaded not guilty.

Sgt. Shannon Holubetz and officer Sharon Joseph were recognized for their use of the anti-opiate naloxone, on Sept. 14 and Jan. 23, respectively, to revive people suffering drug overdoses.

Officer Chelsea Britten was honored for rescuing a man who'd fallen unconscious in a parked vehicle with a burning charcoal grill inside. The emergency room staff at Advocate Condell Medical Center in Libertyville told police the man had little time left before death had Britten not intervened.

Chief Mark Fleischhauer said officers prepare for these kinds of situations, but there's a big difference between training in a classroom and dealing with a life-and-death situation in the field.

"Will they be able to do their jobs when they must, when it truly counts? In this case, these officers did," Fleischhauer said.

Lake County sheriff's Deputy Craig Somerville and his canine partner, Diesel, are getting well-deserved praise after they teamed up this week to locate an 8-year-old boy who'd gone missing from his Hainesville home.

The pair responded to the home Monday night about an hour after the boy was last seen.

Searches for him to that point had turned out empty.

After sniffing the boy's pillow, Diesel picked up the scent and tracked the boy to some nearby bushes, where he'd been hiding.

The boy was unharmed and quickly reunited with his parents, sheriff's police said.

"Instances like this are exactly why our canine teams are trained in more than just contraband detection," Undersheriff Ray Rose said.

"They train at least twice a week in areas such as article searches and human tracking."

Northwest suburban police departments and their supporters laid down the gauntlet when it came to creative costumes and themes for their entries to Sunday's Law Enforcement Torch Run Polar Plunge in Palatine.

There was the Arlington Heights Police Blue Minion Line sporting costumes with rolling eyes in homage to the "Despicable Me" and "Minions" films. A Bartlett police team, Heck Froze Over, paid tribute to the world champion Chicago Cubs, as Officer Victoria Anderson held an inflatable goat and Community Service Officer Dave Lacriola wore Bartman headphones. And the Schaumburg Police Department team dressed as doughnuts, calling themselves the Donut Dunkers.

At 1 p.m. this Sunday, it'll be police from the Northern suburbs turn to show their creative sides, as they and their supporters leap into a chilly Fox Lake for their Polar Plunge event. So far, about 300 participants have signed up for the leap and they've already raised more than $52,500 to support Special Olympics athletes.

• Got a tip? Have a question? Please email Charles Keeshan and Susan Sarkauskas at copsandcrime@dailyherald.com, or call our tip line at (847) 427-4483.