LOS ANGELES — A look at how the Academy Awards’ winners envelopes are handled before being opened live onstage:— The consulting firm PwC, formerly Price Waterhouse Coopers, tabulates the winners based on ballots cast by the academy’s... 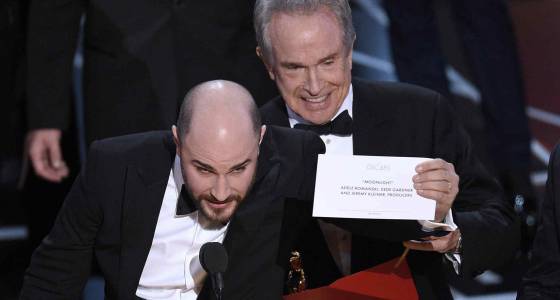 LOS ANGELES — A look at how the Academy Awards’ winners envelopes are handled before being opened live onstage:

— The consulting firm PwC, formerly Price Waterhouse Coopers, tabulates the winners based on ballots cast by the academy’s 6,687 voting members. Unlike the nominations, which rely on a branch-specific, preferential-voting system, winners are chosen by popular vote.

— Two accountants are tasked with bringing the final results, inside sealed envelopes, to the Oscars ceremony. They are the people carrying briefcases on the red carpet, flanked by police protection. Each briefcase contains an identical set of envelopes for the show’s 24 categories. The accountants also memorize the winners.

— The two accountants are ostensibly the only people who know the winners before they are announced live on TV.

— During the telecast, the two briefcase-toting accountants are stationed in the Dolby Theatre wings, one stage left and one stage right.

— Most presenters enter stage right. They come backstage a few minutes ahead of time, and the accountant hands them their category’s envelope just before they walk onstage. The category is indicated both on the envelope and on the card with the winner’s name. The sealed envelope with the winner’s name inside is opened live onstage.

— The previous award, best actress, was presented by Leonardo DiCaprio, who entered stage left. PwC representative Martha Ruiz handed him the envelope for the correct category.

— A duplicate, unopened envelope for best actress remained stage right, and apparently ended up in the hands of Beatty and Dunaway.