Famagusta 5°
clear sky
BUSINESS EDUCATION ENTERTAINMENT HEALTH POLITICS SCIENCE SPORTS TECHNOLOGY
10:22 Four Benefits of Hiring a Dedicated Development Team
04:48 Mark Kelly, President of Safety Marking Inc., Discusses Structuring Effective...
17:58 Trump wants to play golf at the Biden swearing-in in Scotland - but is...
17:54 First doubts Regarding tightened Steps: two National Countries Extract...
10:39 Covid-19 : in France, the end of containment and entry into force of the...
04:34 The schools of Rome will use the Internet with light bulbs: what it is...
10:58 Kratom Tea: How Is It?
11:46 Office Furniture Products for you!
12:17 Top Clubs, Their Value, Revenue And Current Standings
11:14 Reasons Why Rewarding Yourself is a Good Practice
BIST
1552
GOLD
443.072
USD
7.3665
GPB
10.1231
EUR
8.9421
Breaking News
Planning to quit smoking? Vaping can be a great alternative!
Close

Hitler got regular injections of cocaine, meth and opiates: book

When we think of Adolf Hitler, we tend to imagine him as the raging, crowd-inciting dictator. But “Blitzed: Drugs in the Third Reich” paints a very different picture, one of a full-on junkie who could barely show up for military meetings without his regular... 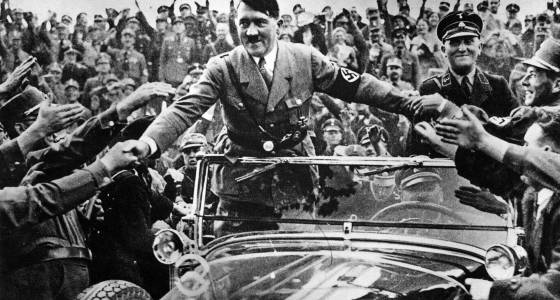 When we think of Adolf Hitler, we tend to imagine him as the raging, crowd-inciting dictator. But “Blitzed: Drugs in the Third Reich” paints a very different picture, one of a full-on junkie who could barely show up for military meetings without his regular injections of cocaine, methamphetamine and opiates. In one of the book’s most harrowing scenes, author Norman Ohler describes how “Hitler’s veins were so wrecked” by late 1944 that even his personal physician “could hardly penetrate them.”

When he finally did manage to break the skin, “it actually made a crunching noise.”

Some of the best stories read like scenes from a stoner movie comedy. When Hitler visits his vacation mountain home in Obersalzberg — “his frozen cloud-cuckoo-land,” writes Ohler — he spends his free time watching ravens and performing “his wearing impersonations of the sounds made by different machine guns used in the Second World War.” Ohler just lets that visual scene play out in your head and then offers, “Whether he did so high or not, we cannot tell.”

Hitler was far from the only Nazi addict. According to Ohler, who studied hundreds of German federal archives, much of Nazi Germany — both soldiers and civilians — were high on Pervitin, a pill form of meth that promised to “integrate shirkers, malingerers, defeatists and whiners.” First patented in 1937 by a Berlin pharmaceuticals factory, it quickly caught on with the public at large. It helped secretaries type faster. Firemen used it to feel more heroic, and young mothers took the pills to ward off the baby blues. It became, Ohler writes, “as much of a fixture as a cup of coffee.”

The drug soon got noticed by the German military, who ordered 35 million doses of Pervitin for soldiers advancing on France in 1940.

With effects like strong feelings of invincibility and power, and the ability to go weeks without sleeping, it helped inspire the “indomitable Aryan fighting spirit” that Hitler liked to brag about.

Between the autumn of 1941 and the second half of 1944, Hitler hardly enjoyed a sober day.

Those effects are the same reason Hitler was personally drawn to Pervitin, among other drugs, but his drug dependencies didn’t happen overnight. It began in 1941 with injections of steroids and animal hormones — so much for being a vegetarian — to help with his dwindling energy and digestive problems. But as the war became more stressful and victory less certain, he needed a bigger kick. He was losing the charisma and unwavering self-belief that made him such a powerful leader.

Hitler’s personal physician, Theodor Morell, was a weird little toady of man who wore a “fantasy uniform based on his own designs,” blinked in the wrong directions (his eyelids closed from the bottom up) and was willing to inject just about anything into Hitler’s veins if it got the Fuhrer to smile.

Morell slowly started adding ingredients to his daily injections — Hitler got his first taste of oxycodone before a big meeting with Benito Mussolini — and Hitler eventually began to depend on the “heightened feeling(s) that corresponded so perfectly to his own image of greatness — and that reality no longer supplied,” Ohler writes.

One of the most memorable stories from “Blitzed” has nothing to do with military plots for world domination. It’s just another romance about a man and a woman and their shared enthusiasm for opiates. Eva Braun insisted on following Hitler drug for drug, to be “on the same wavelength as her lover,” which apparently led to some unhinged intimacy. After returning from “date nights” at Obersalzberg, Hitler declined physical exams by his doctor so he wouldn’t see the “wounds on his body from Eva’s aggressive sexual behavior,” Ohler writes.

As the years wore on, Hitler descended more into himself and his addiction, the book says.

“In his isolation, all pleasure and energy previously received from the attention of a cheering crowd had to be replaced by chemicals,” Ohler writes. “Between the autumn of 1941, when he started being given hormone and steroid injections, and the second half of 1944, Hitler hardly enjoyed a sober day.”

At least until he had no choice. Although it’s widely believed that Hitler suffered from Parkinson’s disease during the final days of his life, Ohler speculates that he was actually suffering from the symptoms of withdrawal. Like it or not, Hitler was finally forced to go cold turkey.

Medication was increasingly difficult to come by “because the factories [had] been bombed out.” Without the drugs to prop him up, “all that was left behind was a shell of a man whose uniform was spattered with rice gruel.”