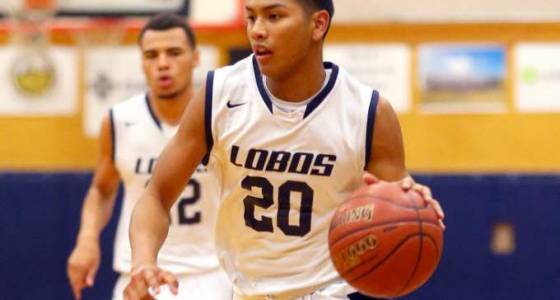 Herbie Polk, the 2013 All-Empire Track Athlete of the Year as a senior at Maria Carrillo, was a member of the Arizona State University 4x400 relay team that took first at the Mountain Pacific Sports Federation Indoor Conference Championship last weekend in Seattle. Polk, a senior at ASU, also finished seventh in the distance medley but wound up 16th in the 400 meters with a time of 48.19 — well off his season best of 46.55 from January.

Vikings line up for softball

Softball is one of the “in” sports at Montgomery.

“We had 42 girls try out for the varsity and JV teams this year,” coach Mike Malvino said. “This is my 21st year at Montgomery and this is the biggest turnout we’ve had. This is the first time we’ve had to cut players to make the teams manageable.”

Keeley Ray has returned to Sonoma Valley where she once played and is now the varsity softball coach. After high school, Ray played at Santa Rosa JC and Sonoma State.

“I’m thrilled to be back at my old high school,” she said. “We’ve got a good team and we’re looking forward to the season.”

Dean Merrill, who led the program for nearly a decade, did not have his contract renewed. Merrill is staying close to the game and has been helping Santa Rosa High coach Jeff Pratt.

One reason Mendocino’s girls basketball team has made a deep run in the NCS Division 6 playoffs has been the emergence of sophomore Tayler Kolby-Kishbaugh. She grabbed 25 rebounds to go along with 16 points and four blocks on Saturday in a victory against Round Valley.

The Cardinals play Emery Wednesday in a semifinal.

SRJC men out of tourney

The SRJC men’s basketball team was eliminated in the first round of the CCCAA state tournament. One reason was the absence of Cardinal Newman alum Justin Botteri, who broke a leg late in the season.

Kerry Benefield, Lori A. Carter and Howard Senzell contributed to this report.