Hamby was fearless in life and business

CaptionCloseWhen Jim Hamby started helping his future wife run her string of Dairy Queen restaurants in the late 1950s, it became obvious that he had a knack for business. “He built the business up to what it was,” his daughter Susan Lammert said.... 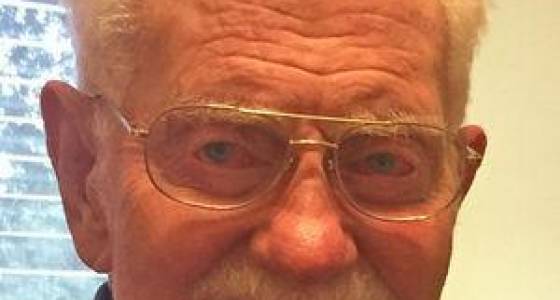 When Jim Hamby started helping his future wife run her string of Dairy Queen restaurants in the late 1950s, it became obvious that he had a knack for business.

“He built the business up to what it was,” his daughter Susan Lammert said. “My Mom always gave him credit that she would never have had the guts to do what he did.”

“He was paying franchise fees to Dairy Queen and he thought that was silly,” Lammert said. “So he rebranded.”

Continuing to expand his interests, Hamby also developed land that he then leased out to other businesses, often with just a handshake to seal the deal.

“He always taught us that your word is golden,” Lammert said.

Raised in Hickory, North Carolina, Hamby joined the Air Force at 18 to escape the small town, serving in England and Japan before being assigned to Lackland AFB.

He met his future wife when she hired him to work part-time.

Marrying in 1960, “my parents worked really hard,” Lammert said. “They didn’t think anything about flipping burgers” if needed.

Throughout his career, Hamby was never shy about trying new things.

Deciding he wanted to fly, Hamby “came home one day and said, ‘I bought a plane and I’m going to take lessons,’” Lammert recalled. “He would decide to do something, would do it, and did it well.”

Becoming a rancher/farmer after winning a bull during a game of gin rummy, Hamby “bought some land for the bull,” Lammert said. “Then the bull needed friends, then he bought a tractor, and grew hay, then started a garden, then grew peanuts.”

Not much of a farmer to begin with, Hamby “just went down to the feed store and asked them how to do it,” Lammert said. “It became his passion.”

Accumulating more than 300 acres of land with several hundred head of cattle, Hamby did most of the work himself, only hiring help to harvest hay or peanuts.

The secret to his success?