Galleries Videos CONTACT ADVERTISE
Famagusta 16°
clear sky
BUSINESS EDUCATION ENTERTAINMENT HEALTH POLITICS SCIENCE SPORTS TECHNOLOGY
10:58 Kratom Tea: How Is It?
11:46 Office Furniture Products for you!
12:17 Top Clubs, Their Value, Revenue And Current Standings
11:14 Reasons Why Rewarding Yourself is a Good Practice
10:56 What Egypt Has to Offer for US Travelers
12:48 How to Maximize Compensation in Your Personal Injury Case
12:28 How To Use a CBD Vape Pen for Anxiety
05:28 Second-Hand Vaping Is Harmless
05:15 Guide to Vaping and CBD Flower for Beginners
14:55 COVID-19 Recovered Ronaldo and Zlatan outshining everyone in Serie A
BIST
1325
GOLD
457.009
USD
7.8499
GPB
10.5036
EUR
9.4493
Breaking News
Tips & Trick To Buying Jewelry Items Without Spending Much
Close

BERLIN — German officials are criticizing plans by the Russian military to build a replica of Berlin's Parliament building as a target for Russian teenagers to attack at a patriotic theme park near Moscow.The Russian Defense Ministry said Wednesday... 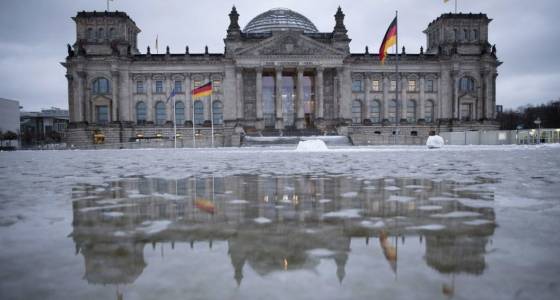 BERLIN — German officials are criticizing plans by the Russian military to build a replica of Berlin's Parliament building as a target for Russian teenagers to attack at a patriotic theme park near Moscow.

The Russian Defense Ministry said Wednesday the replica would give members of the Young Army, a program to teach youths military skills and encourage patriotism, the opportunity "to storm a specific location, not something abstract."

German government spokeswoman Ulrike Demmer said Friday the plan was "surprising and speaks for itself."

"We wouldn't build something like that for the education of German youth," added Foreign Ministry spokesman Martin Schaefer.

The Reichstag Parliament building in Berlin was the scene of bitter fighting in 1945 between the Red Army and Nazi troops. The building, first opened in 1894, was refurbished after German reunification and in 1999 became the home of the German parliament.

Images of Soviet soldiers hoisting their flag over the building are iconic and are largely viewed in Russia as the symbol of the allied victory in the war. , International News Photos In the aftermath of WW II, British engineers plowed the land in front of the German Reichstag ruins so people could plant vegetables.

In Moscow, Defense Ministry spokesman Maj. Gen. Igor Konashenkov lashed out at the German officials for their reaction and vigorously defended the ministry's plan, saying the Reichstag replica "will contribute to the patriotic education of young citizens and foreign guests."

Konashenkov also referred to the 1933 Reichstag arson, which is seen as a pivotal moment in establishing Nazi Germany and hinted that the Germans who are worried about Russia wanting to build a replica building could be Nazi sympathizers.

"Verbal attacks by certain German politicians are not only dismaying but they also make one wonder about how these people really feel about the creators of the Third Reich," Konashenkov said Friday.

The Kremlin has turned to World War II to encourage patriotic feelings, as the country's massive wartime suffering and enormous losses during that time form a key element of Russia's national identity. Victory Day has remained Russia's most important secular holiday, a rallying point for a nation deeply divided over its Soviet-era history.