Almost seven years after failing to become mayor of Toronto, George Smitherman is planning a return to politics with a run for city council in the 2018 municipal election.In an interview, the former Ontario cabinet minister and deputy premier said the time... 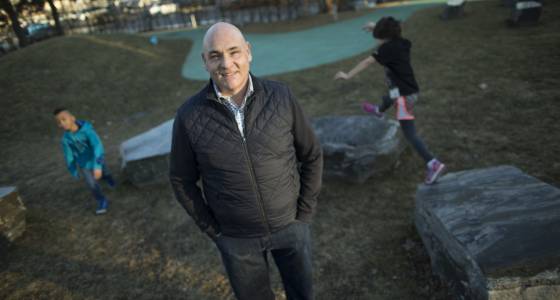 Almost seven years after failing to become mayor of Toronto, George Smitherman is planning a return to politics with a run for city council in the 2018 municipal election.

In an interview, the former Ontario cabinet minister and deputy premier said the time is right to return to city hall, where he served as chief of staff to then-mayor Barbara Hall in the pre-amalgamation 1990s.

The “solo father” of two young children — his husband, Christopher Peloso, died in 2014 after a struggle with depression — says he has no mayoral ambitions. He hopes to represent an east downtown ward on a council that is set to expand to 47 seats from 44.

“I just came to recognize over time that, for all of the professional things that I’ve had a chance to do, and for all the benefits associated with that, none of them offers me the motivation, excitement and reward of being able to do community politics.”

In 2010, Smitherman quit provincial politics to enter the mayoral race as the “candidate of the broad centre” only to be steamrolled by conservative political juggernaut Rob Ford.

Smitherman did, however, crush suburban-based Ford in the downtown wards he had represented provincially.

In a decade at Queen’s Park, the Etobicoke-raised Smitherman served as opposition MPP, health minister and minister of energy and infrastructure.

He was credited with implementing massive reforms to the province’s health care system but also tarred by the eHealth Ontario spending scandal, which Ford used as a club against him during 2010 mayoral debates.

Although a combative style earned him the nickname “Furious George,” Smitherman, 53, is relaxed and quick to laugh at past battles, including those with Mayor John Tory when Tory was leader of the Ontario Progressive Conservatives and later a current affairs radio host.

“We have a complicated relationship,” he said of Tory, who plans to run for a second term.

“We like each other, but on some issues there is a lot of wariness; we’ve shadowboxed over time. I think he might have mixed views about me, but it’s immaterial — I won’t be running against him, I’ll be running in a local community.

“I’m George Smitherman, I’m an independent. At heart I’m a Liberal, I support Justin Trudeau, but I’m not some patsy for the province. I’m not a surefire left-wing or right-wing voter. If elected I’m going to take a look at issues (with) a consistently progressive point of view” — and a focus on low-income residents.

Spending much of his time as dad to adopted children Michael, 8, and Kayla, 6, might have mellowed Smitherman, but he doesn’t hesitate to throw a punch.

He is planning to move back to east downtown and put a deposit on a condo in Ward 28 Toronto Centre-Rosedale long represented by Councillor Pam McConnell. Ward 27 to the north is represented by two-term Councillor Kristyn Wong-Tam.

Smitherman says he’d rather not challenge an incumbent, hoping to run for a seat vacated through retirement from politics or created by boundary changes city staff are trying to implement for 2018.

McConnell, first elected councillor in 1994, said in an interview she is busy with projects in her ward and has not decided if she will seek re-election next year.

She praised Smitherman’s past help with the Regent Park redevelopment, including getting provincial funding for a much-admired aquatic centre, and is “delighted that experienced people would put their names forward.”

Wong-Tam said she plans to run in 2018, adding that Smitherman “has much to offer the city … and I know that things at City Hall will certainly get a shakeup if he is elected.”

In an interview, Tory agreed he and Smitherman have a “complicated” relationship but added “there’s no doubt about his caring for the city and a lot of the people that are living in the city and ... I would look forward to working with him if he gets elected and I get re-elected.”