Galleries Videos CONTACT ADVERTISE
Famagusta 23°
clear sky
BUSINESS EDUCATION ENTERTAINMENT HEALTH POLITICS SCIENCE SPORTS TECHNOLOGY
12:08 Guide To Online Sports Betting: How To Choose A Sportsbook
08:28 What Are Some Reasons to Consult a Brain Injury Lawyer?
09:24 Blockchain Solutions for Enterprises: How To Increase Efficiency And Profitability
07:06 How To Deal With A Car Crash In New York
17:43 Tips to keep in mind while choosing the casino site
11:34 Relation Between Employee Theft and Pre-employment Screening Check
04:37 Search your own desired site to play sports for betting
18:00 Top 3 Career Path Options for Business Analysts Preview
15:35 The history of Imen Jane, who is the influencer and the charges on the...
18:48 Sebastian Vettel's Greatest Races
BIST
1124
GOLD
460.898
USD
7.6460
GPB
9.8313
EUR
8.8844
Breaking News
Top 3 Career Path Options for Business Analysts Preview
Close 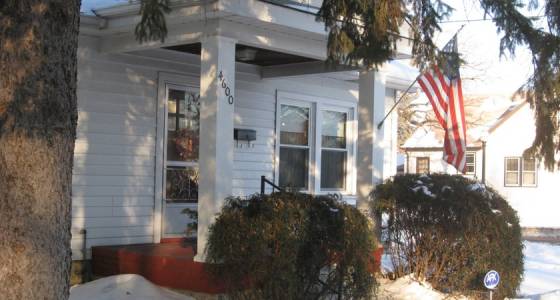 When the little white house on Columbus Avenue S. gets new storm windows, they probably won’t be aluminum. When new basement windows are installed, they probably won’t be made of glass blocks. And if a future owner decides to install skylights or solar panels, they’ll likely be in the back, where people on the street can’t see them.

The Minneapolis Heritage Preservation Commission approved a set of guidelines Tuesday for maintaining the exterior of the Arthur and Edith Lee house, from roof to foundation. It was the final step in a yearslong process to recognize and preserve the site and its role in a difficult chapter of Minneapolis’ racial history.

The house was designated a local landmark in September, after being added to the National Register of Historic Places in 2014. Landmark status brings a host of regulations for preserving a structure’s original features.

David Porter, an attorney representing the estate of previous owner Pearl Lindstrom, who died in 2014, said his main concern is preserving the value of the house, including allowing for a 1-story addition on the back of the house. The house will eventually be sold, he said, and the proceeds will benefit Lindstrom’s daughter.

The guidelines approved Tuesday allow for an addition, but include requirements meant to preserve the features of the house as seen from the street.

Historic designation can happen without the property owner’s consent, said senior city planner John Smoley. But city staff prefer to work with property owners to recommend guidelines that will meet their needs while maintaining the property’s significance, he said.

Built in 1923, the Lee house became a flash point for Minneapolis race relations in the early 1930s. Arthur and Edith Lee moved into the single-story Craftsman home in 1931, becoming the only black residents in an all-white south Minneapolis neighborhood.

On a July night just weeks after the Lees moved in, a mob of thousands descended on the house and stayed until the early morning, hurling rocks and black paint while the family hid inside. The couple and their young daughter stayed for two years, despite ongoing hostility from the neighborhood.

“I came out here to make this house my home,” Arthur Lee, a World War I veteran and postal worker, told the Minneapolis Tribune at the time. “I have a right to establish a home.”

Council Member Elizabeth Glidden started working with the neighborhood several years ago to recognize the house and the events that transpired there. When she met members of the Lee family in 2011, she said, many said they hadn’t know the history until recently. It was something the family hadn’t talked about, even among themselves.