Foster mom charged in death of boy headed for adoption

TAMPA — A foster mother has been charged in the death of a 17-month-old boy who died in a hospital with apparent head injuries just weeks before he was likely to be adopted. 18 Hours Ago8 Months Ago8 Months AgoLatamara Stackhouse Flythe was charged with... 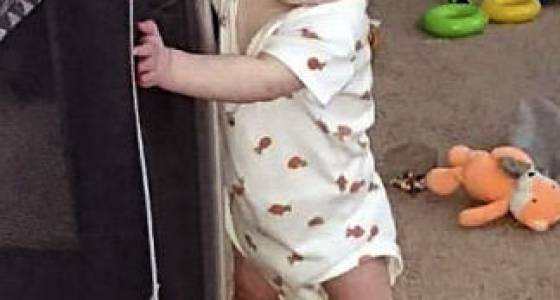 TAMPA — A foster mother has been charged in the death of a 17-month-old boy who died in a hospital with apparent head injuries just weeks before he was likely to be adopted.

Latamara Stackhouse Flythe was charged with first-degree murder and aggravated child abuse in the death of Aedyn Agminalis, who died Dec. 11 after he was rushed to St. Joseph's Hospital for Children.

He had been in the care of Flythe for several months. Doctors at the hospital noted signs of head trauma in the boy, who was described as being unresponsive. "Findings were very suspicious for non-accidental trauma," a doctor's report stated.

The small boy was hooked up to a life-support system but doctors could find no brain activity, according to Artha Healton, Aedyn's biological mother. He died when doctors turned off the machine.

Flythe, 43, had been a foster mother since June, according to a report from the Florida Department of Children and Families.

Aedyn was taken into foster care in August after a child protective investigator visited his home because of a report made to the state's child abuse hotline.

The investigator found feces on the floor and was also concerned that a hookah pipe and other dangerous objects lay within reach of the boy, Healton said. There was also concern that the boy was malnourished.

Healton said the child was in no danger and that she planned to steam-clean the carpet that night. She and husband Bryn Agminalis had been able to get the boy to eat solid food.

They agreed to put the child up for adoption and on Nov. 18 signed papers consenting to Aedyn being adopted by Colleen Kochanek and her wife, Stephanie Norris, a North Carolina couple. Had all gone to plan, the boy likely would have spent Christmas with his new parents.

Stay with Tampabay.com for more on this breaking story