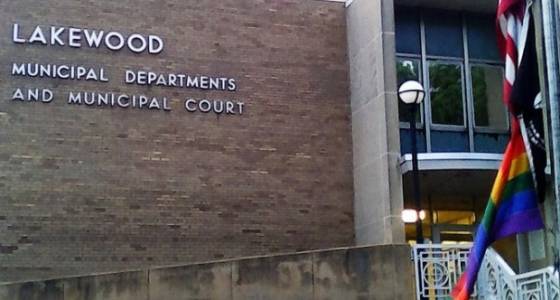 A Cuyahoga County grand jury on Tuesday charged 68-year-old Jose Alvelo with three counts each of kidnapping and gross sexual imposition and one count of bribery in the Nov. 2 incident, according to court records.

Alvelo drove the woman and several other people around to collect garbage as part of their community service, according to court records.

The charges stem from allegations that he grabbed the woman's breast and rubbed his groin against her buttocks. He then gave the woman a pair of underwear and asked her to wear it when she came back the next day, records say.

The woman went to police the next day instead. Lab tests uncovered Alvelo's DNA on the underwear he gave her, court records say.

Alvelo was suspended with pay that day while the city and police started to investigate. He was placed on unpaid leave three days later.

He was fired Tuesday after the grand jury returned the charges against him, Lakewood spokesman Colin McEwen said in a statement released Wednesday.

Alvelo is scheduled to for a March 14 arraignment in Cuyahoga County Common Pleas Court.

Alvelo has worked for the city of Lakewood since 2010 when he was hired as a crossing-guard. He was hired in 2013 as a part-time security guard and supervisor in the city's community service program, where he oversaw community service work performed by people who have been sentenced to probation.

"Mr. Alvelo's behavior is not representative of the city workforce into whom the citizens of Lakewood place their trust," Lakewood Mayor Michael P. Summers said in a news release.

To comment on this story, please visit Wednesday's crime and courts comments page.