A former Analy High School student who claims he was subjected to racial slurs and bullying from fellow students over a two-year period is suing the district and administrators in federal court, alleging they didn’t do enough to stop it.The legal action... 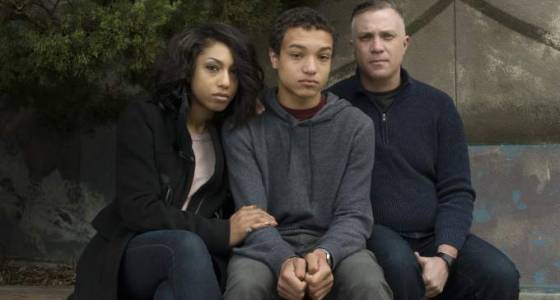 A former Analy High School student who claims he was subjected to racial slurs and bullying from fellow students over a two-year period is suing the district and administrators in federal court, alleging they didn’t do enough to stop it.

The legal action from the family of Evan Mack, a mixed-race student who left in 2015 after his sophomore year, comes after U.S. Department of Education investigators found Civil Rights Act violations on the Sebastopol campus.

Among other things, federal regulators reviewed evidence that Mack was harassed in the classroom and on social media by students who threatened to “rip the black off” him, taunted him with racist songs and shouted epithets at him from passing cars.

When Mack and his family complained, school officials investigated but didn’t punish anyone, the suit says. Mack stopped attending classes and dropped out of junior varsity football, saying he felt like he “had a target” on his back.

Now, the family is seeking unspecified monetary damages for “Evan and to make sure this type of environment doesn’t occur in the future, ” the family’s lawyer, Jay Jambeck, said Monday.

Reached Monday, Kellner would not discuss the specific allegations, but he said the district has instituted changes as part of a resolution with the Department of Education, including providing training for students and staff to prevent racial discrimination. He would not say whether any school administrators or teachers had been disciplined.

“Racism, harassment and bullying are absolutely not tolerated at Analy or any other campus in the district,” Kellner said. “We’re working really hard to ... provide an environment that is supportive to all students.”

Mack, who has a black mother and white father, started at Analy as a freshman in 2013. At the time, just under two percent of the 1,493-student campus was black.

Before the first day of classes, Mack said he was subjected to racist comments as a member of the football squad. Another player asked him, “Why don’t you talk black?” and told him, “You sound white,” according to the lawsuit. The same player used the N-word in front of coaches, despite being told by Mack that it offended him, his suit alleges.

The taunts continued on and off the field over the next two years. In one instance, Mack said a student called him a racial slur during a class discussion. In another case, students sang racist country songs criticizing white women who date black men. White power and rebel flag logos appeared on a teammate’s mouth guard and another player shouted an epithet at him from a passing truck, he said.

It came to a boil the summer between Mack’s sophomore and junior years, according to the suit. He said he was confronted in two racist social media posts liked by more than a dozen students in which he was threatened with physical violence. In one, a student who had been disciplined for bringing a knife to school and who had a rebel flag on his truck wrote he was “tired of you f---ing people” and promised to “punch you in the f---ing mouth.”