The five directors nominated for the ideal foreign language film Oscar this year released a group statement Friday denouncing “the climate of fanaticism and nationalism we see now in the US and some several other countries." Although they did not mention... 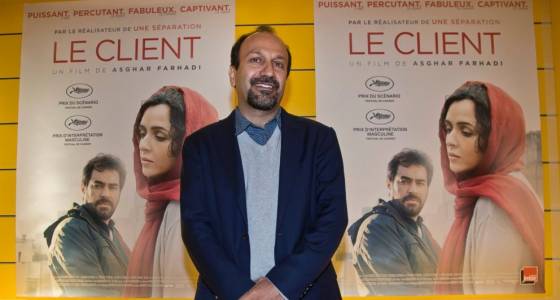 The five directors nominated for the ideal foreign language film Oscar this year released a group statement Friday denouncing “the climate of fanaticism and nationalism we see now in the US and some several other countries."

Although they did not mention any leader by name, the directors expressed their "unanimous and emphatic disapproval" of "leading politicians" whom they think influence those attitudes.

The filmmakers, who hail from Denmark, Sweden, Iran, Australia and Germany, stated that they "refuse to think in terms of borders" and as a result, devoted the award, regardless of who wins it, to "all the people today, artists, journalists and activists who are functioning to foster unity and understanding, and who uphold freedom of expression and human dignity."

The Oscar will be presented at the Academy Awards on Sunday evening.

"The fear generated by dividing us into genders, colors, religions and sexualities as a signifies to justify violence destroys the items that we rely on – not only as artists but as humans: the diversity of cultures, the possibility to be enriched by anything seemingly 'foreign' and the belief that human encounters can alter us for the improved," they stated. "These divisive walls avoid men and women from experiencing some thing basic but basic: from discovering that we are all not so diverse."

Final month, in the wake of President Donald Trump's executive order that banned most travelers from seven predominantly Muslim countries, which includes Iran, Iranian director Asghar Farhadi, who was nominated in the category for his film "The Salesman," told the New York Times that he would not be attending the awards show.

Although the 1-time Oscar winner said that he had originally planned to travel to Hollywood for the ceremony, "the possibility of this presence is becoming accompanied by ifs and buts which are in no way acceptable to me even exceptions were to be produced for my trip."

"Really hard-liners, regardless of their nationalities, political arguments and wars, regard and have an understanding of the globe in incredibly a great deal the same way," Farhadi stated. "In order to comprehend the globe, they have no option but to regard it via an 'us and them' mentality, which they use to generate a fearful image of 'them' and inflict worry in the folks of their personal countries."

Earlier this month, a federal court judge in Washington state halted the order. Immediately after Trump appealed, a 3-judge panel of the 9th Circuit Court of Appeals in San Francisco handed down a unanimous decision to uphold the restraining order.

Prior to those rulings, a spokesperson for the Academy of Motion Picture Arts and Sciences released a statement in assistance of Farhadi.

"The Academy celebrates achievement in the art of filmmaking, which seeks to transcend borders and speak to audiences about the globe, regardless of national, ethnic, or religious differences," the statement study. "As supporters of filmmakers -- and the human rights of all persons -- around the globe, we locate it very troubling that Asghar Farhadi, the director of the Oscar-winning film from Iran, 'A Separation,' along with the cast and crew of this year's Oscar-nominated film 'The Salesman,' could be barred from getting into the nation due to the fact of their religion or country of origin."