TALLAHASSEE — The Florida Legislature stands poised to address some hot-button issues in health care this session, including hospital deregulation and funding.7 Months Ago6 Months Ago4 Months AgoBut the issue garnering the most attention so far is medical... 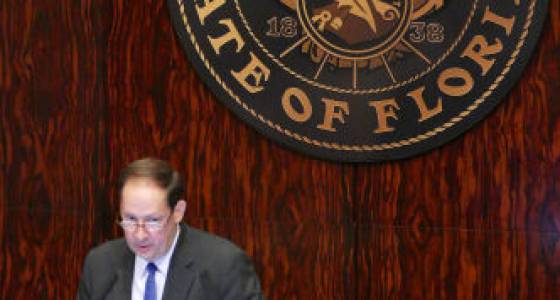 TALLAHASSEE — The Florida Legislature stands poised to address some hot-button issues in health care this session, including hospital deregulation and funding.

But the issue garnering the most attention so far is medical marijuana.

In November, more than 70 percent of voters approved a constitutional amendment allowing people with "debilitating medical conditions" to use medical marijuana as prescribed by a doctor. Before then, only cancer patients and people with intractable seizures could use the drug legally.

Senate President Joe Negron, R-Stuart, said he plans to "fully follow the voters' instructions on that amendment" by passing laws that expand access to medical cannabis.

So far, two bills have been filed in the Senate. The proposal by Sen. Rob Bradley, R-Fleming Island, (SB 406) would allow the state to license additional growers, but only after the number of patients increases.

A separate proposal by Sen. Jeff Brandes, R-St. Petersburg, (SB 614) would eliminate the cap on the number of companies that can be in the medical marijuana business in Florida. It would also allow companies to be licensed as growers, processors or distributors. Under the current rules, companies must perform all three functions.

Negron hasn't said which approach he favors — only that he supports some level of regulations.

"This is a medical treatment," he said. "This isn't simply another product that's in the grocery store."

House Speaker Richard Corcoran, R-Land O'Lakes, has suggested he, too, will seek a balance, though the House has been tight lipped about its plans.

"The people have spoken," Corcoran said. "We're going to honor their will, and we're going to do it in a way that protects the people of Florida."

State lawmakers will also consider deregulating hospitals. The policies up for consideration include removing the cap on trauma centers (SB 746) and eliminating the law that requires health providers to obtain a "certificate of need" in order to build new facilities (HB 7/SB 676).

For-profit hospitals have long wanted to lift the cap on trauma centers, which treat patients suffering from serious injuries. But some trauma directors say the centers need a high volume of patients and experts to be sustainable — and argue increasing the number of centers statewide would hurt patient outcomes.

There's big money at stake. Trauma centers can be a lucrative line of business, a 2014 Tampa Bay Times investigation found.

Another flash point this year: the state "certificate of need" process, which requires hospitals to demonstrate the need for more beds or new facilities before adding them.

Critics say the program is outdated and limits competition among health care providers. "For years, this cumbersome process has been used to block the expansion of facilities and restrict competition," said Bradley, who filed the bill. "So, in addition to driving costs, we should also see a significant economic impact in terms of the creation of new jobs by removing this barrier."

But Tony Carvalho, president of the Safety Net Hospital Alliance of Florida, said the legislation could hurt communities where people lack health insurance.

"We're concerned that, without any needs analysis, (hospital builders) are going to rush to service areas that are well insured and growing, and ignore people in the neighborhoods that aren't," he said.

The health care budget is somewhat of a wild card. President Donald Trump has already begun to dismantle the Affordable Care Act, and is proposing sweeping changes to Medicaid. What exactly that means for Florida remains unclear.

In the meantime, Gov. Rick Scott, a Republican and former hospital executive, has unveiled a plan to cut hospital payouts by almost $1 billion. His proposed budget calls for reducing Medicaid rates, and cutting supplemental payments to hospitals that do minimal charity care.

"The charity rate for hospitals is dropping really rapidly, so we believe there were some savings there," Scott said.

Whether hospitals will face cuts remains to be seen. The Senate has advocated for hospital funding in the past, and Negron said he was "sensitive to making sure they are treated fairly."

Democrats worry the cut in Medicaid rates could hurt hospitals like Tampa General that provide specialized care for some of the state's neediest patients.

"All of this is an attempt to privatize (health care)," House Democratic Leader Janet Cruz said. "We, as Democrats, will stick up for our safety-net hospitals, period."