A proposal to limit the discretionary power prosecutors wield in charging juveniles as adults in Florida has surfaced once again in the Legislature.2 Weeks Ago4 Months Ago5 Months AgoFor several years, versions of a bill to change how minors end up in adult... 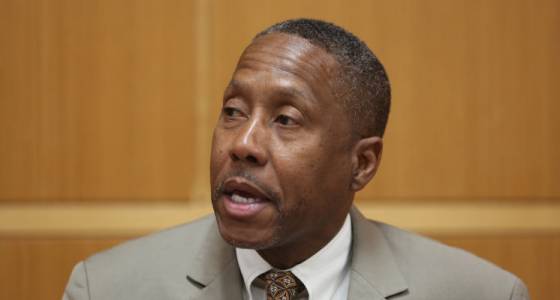 A proposal to limit the discretionary power prosecutors wield in charging juveniles as adults in Florida has surfaced once again in the Legislature.

For several years, versions of a bill to change how minors end up in adult court have failed. But state Sen. Darryl Rouson, D-St. Petersburg, a co-sponsor of this year's SB 192, said he is optimistic the measure will move forward this time given the shift in valuing rehabilitation over punishment.

"This is a good climate to discuss criminal justice reform," he said. "I think there's been a realization that during the '80s we had a lock-them-up mentality and attitude that has not resulted in lower recidivism."

A companion bill has not been filed. Rouson said he is in discussions with a few representatives.

State Rep. Chris Sprowls, R-Palm Harbor, said the measure will be looked at once the House version is filed.

"The topic of the juvenile justice system will be something that the House talks about this year," he said.

Florida prosecutors can move minors to adult court without input from judges under a process called "direct file." Nearly 10,000 adult transfers have been filed in Florida since 2011, Department of Juvenile Justice numbers show.

Juvenile justice advocates say the process has little oversight and triggers long-term effects on a child's life, from the lack of proper education and rehabilitation programs in adult facilities to becoming a convicted felon who will experience trouble with housing, employment, and obtaining student financial aid.

Florida has the highest number of adult transfers reported by any state, according to a 2016 study by the James Madison Institute, a Tallahassee-based nonpartisan think tank.

"We're a complete outlier when it comes to trying children as adults. We are the worst of the worst," said Scott McCoy, senior policy counsel at the Southern Poverty Law Center, which is supporting the measure.

This year's bill seeks to make several changes, such as prohibiting prosecutors from transferring teens ages 16 and 17 charged with grand theft, burglary of an unoccupied dwelling and drug possession. It also requires that state attorneys document their decision for adult transfers, and allows the defendant to request a hearing to determine if they can return to juvenile court.

Many prosecutors oppose the measure, including Pinellas-Pasco Chief Assistant State Attorney Bruce Bartlett, who said it strips prosecutors of their ability to deal with repeat offenders.

"Just because the case is direct filed doesn't always mean that we're going to throw them in prison and ruin the kid's life," he said. "What it means is that you are treating them as an adult."

Across the bay, Hillsborough State Attorney Andrew Warren said the measure is a "big step in the right direction" that will reduce the number of children prosecuted as adults. But "on the down side," he added, the bill removes a lot of the discretion prosecutors have in terms of dealing with repeat offenders.

"We have to recognize that law enforcement is on the front lines dealing with those who the juvenile justice system has failed," he said.

The measure also calls for preserving civil rights: Minors convicted of felonies as adults could still vote and run for public office.

The bill passed in the criminal justice committee earlier this month with a 4-3 vote and is now headed to another committee.

"I think it's just important that we make sure that we have very, very high standards if we're going to transfer children over to adult court," said state Sen. Jeff Brandes, R-St. Petersburg, who voted in favor of Rouson's bill.

Removing auto theft from the list of charges state attorneys can transfer to adult court will also dampen efforts to crack down on an epidemic of car thefts across Tampa Bay, Bartlett added. Many of the suspects are underage.

"They've been through the juvenile system, and they're back doing the same crime again," he said. "I wish (lawmakers) could all spend the night with the cops doing a ridealong and they'll change their whole attitude about what's going on."

"The proliferation and continuation of the problem begs us to look at it again and discuss options," he said.

Prosecutors consider the defendant's criminal history and what programs they've already participated in, Bartlett said. The most common direct-file charges are auto theft, burglary and delinquent in possession of a firearm. State numbers show roughly 180 adult transfers in the Pinellas-Pasco circuit in the last fiscal year. During the same time period, there were about 6,000 juvenile arrests.

Statewide, more than 70 percent of juveniles charged as adults are sentenced to probation, according to the James Madison Institute. For McCoy, that raises the question: "Why would you direct file a kid if all he got was probation because you're saddling him for life with all these collateral consequences?"

"That means they have an adult felony conviction but the judge decided you're not a threat to public safety," he said.

Bartlett, however, said probation in the adult system has stricter restrictions.

"How can you effectively control what that person is doing or deterring them from committing other offenses?" he said. "From our perspective, it's very frustrating."