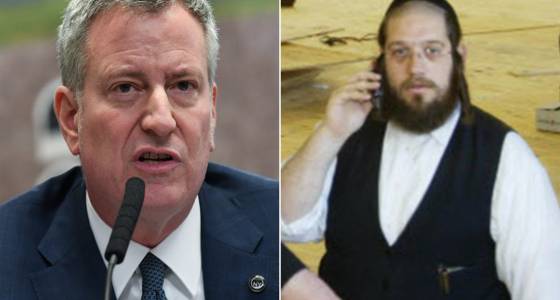 Federal prosecutors are examining whether Mayor de Blasio ­reopened a religious girls’ school in Brooklyn closed for safety violations as a favor to a political donor, sources said.

“They just found out about it and they’re looking at it,” said one City Hall source familiar with the inquiry. “This info came late to them.”

City building inspectors had found several “illegal classrooms” in the basement of the Sanford Street school and issued a partial vacate order on Dec. 18, 2014, for a “failure to maintain the building,” city building records show.

One source close to Indig, whose Aroni Satmar sect ran the school, said the Hasidic power broker called the mayor at the time and asked him for assistance.

“He called the mayor and the mayor overturned the agency and they got a free ride,” the source said.

A de Blasio spokesman asserted that the mayor “never intervened in this issue. Period.”

Federal prosecutors interrogated de Blasio for nearly five hours at his law firm’s Midtown office on Friday, a sign that US Attorney Preet Bharara’s months-long corruption probe into his administration is winding down.

Investigators have zeroed in on the mayor’s relationship with several political donors, including Indig, and any favors they have received from City Hall.

Indig, 46, has successfully solicited donors to contribute to the mayor’s campaigns and co-hosted a well-attended fund-raiser in Williamsburg in October 2013.

Since the mayor’s election, Indig has acted as an all-purpose City Hall “go-between” in Brooklyn’s heavily Orthodox neighborhoods of Williamsburg and Borough Park, sources said.

Indig handed over his cellphone and documents to federal agents in December as part of the inquiry, The Post reported.