LYNDHURST, Ohio - Investigators believe three men involved in a Monday bank robbery in Lyndhurst might be responsible for at least 10 previous incidents that happened in the past three weeks in Northeast Ohio. The three men took an undisclosed amount... 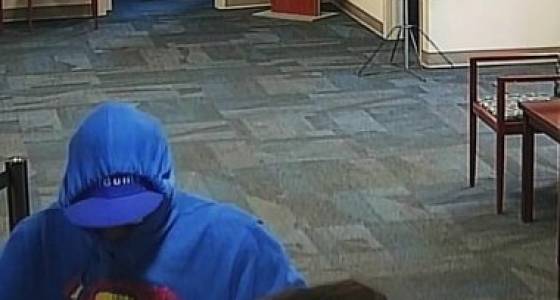 LYNDHURST, Ohio - Investigators believe three men involved in a Monday bank robbery in Lyndhurst might be responsible for at least 10 previous incidents that happened in the past three weeks in Northeast Ohio.

The three men took an undisclosed amount of cash Monday from the Fifth Third Bank on Cedar Road in Lyndhurst. They passed a note to a teller that implied they were armed, the Cleveland Division of the FBI said in a statement.

The men drove away in a black Nissan Versa. Investigators believe the Nissan is a rental car with Michigan license plates that was taken during a carjacking earlier Monday in Euclid, the FBI said. Details from that carjacking were not immediately available.

Officers chased the car after the bank robbery, but ended the pursuit on East 115th Street near Euclid Avenue because it became unsafe, the FBI said.

Investigators believe the three men who committed the Monday robbery may be responsible for 10 previous incidents at banks in Cleveland, Bedford, Garfield Heights, Lyndhurst, University Heights and Warrensville Heights. Cash was taken during nine of the 10 incidents.

The FBI said the three men may be responsible for the following incidents:

Reward money is available to anyone with information that leads to the identification and arrest of the bank robbers. Tipsters can remain anonymous when they contact the Cleveland Division of the FBI, any of the local police departments or Cuyahoga County Crime Stoppers, the FBI said.