The Farmington City Council has eliminated funding for its Heritage Preservation Commission, the body that protects and promotes a city’s historic properties, citing budget cuts, rising expenses and a reluctance to raise taxes. The city is also weighing... 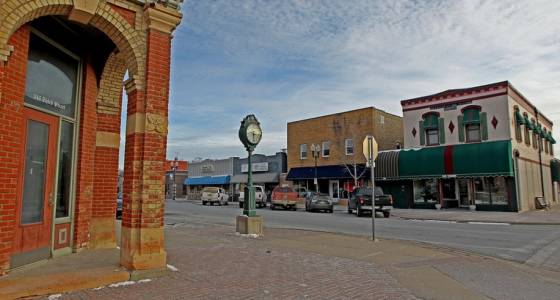 The Farmington City Council has eliminated funding for its Heritage Preservation Commission, the body that protects and promotes a city’s historic properties, citing budget cuts, rising expenses and a reluctance to raise taxes. The city is also weighing whether to cut the commission itself.

“Historic preservation is still an important thing for the City Council — it’s just we felt we could do without the commission and still keep the preservation,” said Mayor Todd Larson.

The commission costs the city about $8,000 annually, which includes hiring a consultant.

Farmington’s move, which happened in the fall, disappointed local preservation advocates and commission members and left some wondering if there were other reasons for the ax.

The cut “shocked and stunned” commission members, said Robert Vogel, the heritage preservation consultant who worked with Farmington’s Heritage Preservation Commission (HPC). “It came out of nowhere,” Vogel said. “There’s some other dynamic going on and it’s political, but it’s not one that I understand.”

At a March 13 work session, council members will discuss whether to cut references to the commission from city codes, which would eliminate the commission. The council could then assign another group to make decisions about the city’s 16 historic properties. Provided by Pam Heikkila The Fletcher Building, built in 1877, is now owned by Doug and Pam Heikkila and houses Heikkila Studio, a photography business.

“The logic here is, if it’s no longer funded by the City Council … we should eliminate its reference in city code,” said Adam Kienberger, community development director.

One possibility is to put the Planning Commission in charge of some of the commission’s previous duties, which include designating historic properties and reviewing requests to repair or demolish them.

“Personally and professionally, I think it’s rather shortsighted of the city to say no, our existing built resources aren’t worth anything and we’re not going to have a commission devoted to protecting that,” Berg said.

Farmington, which established its HPC in the early 1990s, is one of three Dakota County cities with a commission, according to the Minnesota Historical Society. The others are Northfield and Hastings.

Though the prominence of HPCs often waxes and wanes over time, Berg said it’s uncommon for a city to eliminate a preservation commission once it is created.

“Of the 50 cities that have Heritage Preservation Commission programs [in Minnesota], they’ve all gone through some sort of cycle,” Vogel said. “They all have ups and downs.”

When the budget cuts were announced in September, several HPC members defended the group and its work.

John Franceschelli, a four-term member of the HPC, was one of them.

Franceschelli said Doug Bonar, a former City Council member, was “very adamant about saying he didn’t see any activity from the HPC.”

Last year, the commission inventoried the city’s historic properties and created an online guided tour, including a map, photos and thumbnail histories of each site. The group, including Vogel, also staffed a booth at the local farmers market to advise property owners on how to maintain design standards on their historic buildings, Franceschelli said.

“We do a lot of things behind the scenes that you don’t see,” Franceschelli said. “Unfortunately, behind the scenes, not being noticed, someone says we’re not doing anything so they took the money away.”

He’s hoping that the commission’s funding will be restored in coming years, allowing the group to continue projects already in progress, such as working with Parks and Recreation to erect wayfaring signs downtown to explain historic properties to walkers.

Preservation is especially important in historically small towns like Farmington, Berg said. “That’s what makes them special — it’s their heritage and their people,” she said.

Pam Heikkila owns the Fletcher Building in downtown Farmington, a structure that is on the city’s local Register of Historic Places. The building is home to her photography studio and provides a link to the past for passersby, she said.

“I understand both sides of the coin,” Heikkila said. “Everybody struggles with a budget, but it’s nice to preserve what’s been handed to our generation.”