PARIS—Henry Rousso is one of France’s most preeminent scholars and public intellectuals. Last week, as the historian attempted to enter the United States to attend an academic symposium, he was detained for more than 10 hours — for no... 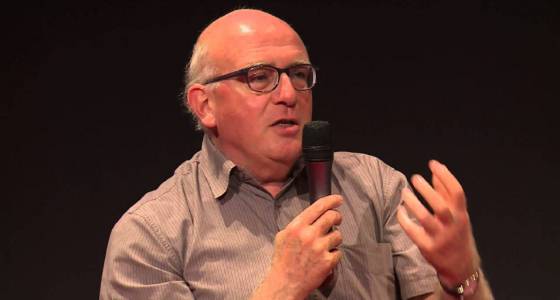 PARIS—Henry Rousso is one of France’s most preeminent scholars and public intellectuals. Last week, as the historian attempted to enter the United States to attend an academic symposium, he was detained for more than 10 hours — for no clear reason.

On Wednesday, Rousso landed from Paris at Houston’s George Bush International Airport after an 11-hour flight, en route to Texas A&M University in College Station. There, he was to speak Friday afternoon at the Hagler Institute for Advanced Study.

But Rousso, an Egyptian-born French citizen, was “mistakenly detained” by U.S. immigration authorities, according to Richard Golsan, director of the Glasscock Center for Humanities Research at Texas A&M.

“When he called me with this news two nights ago, he was waiting for customs officials to send him back to Paris as an illegal alien on the first flight out,” Golsan said Friday at the symposium according to the Eagle, a newspaper covering the College Station area.

Marouf quickly and successfully intervened with immigration authorities, and Rousso was released and allowed to deliver his lecture.

He confirmed his experience Saturday on Twitter: “I have been detained 10 hours at Houston Itl Airport about to be deported. The officer who arrested me was ‘inexperienced.’”

It remains unclear what about Rousso was identified as suspect by immigration authorities.

Egypt was not among the seven nations targeted by Trump’s travel ban, which had been suspended by the time of Rousso’s U.S. arrival. Rousso and his family were exiled from Egypt in 1956 after a slew of anti-Semitic measures imposed by the Gamal Abder Nasser regime, according to the Israeli newspaper Haaretz.

Furthermore, France is a beneficiary of the U.S. visa waiver program, which permits French citizens to enter the United States without a visa. All that is required is an online ESTA application before departure.

For Marouf, Rousso’s ordeal indicated a strict new U.S. border control regime. “It seems like there’s much more rigidity and rigor in enforcing these immigration requirements and technicalities of every visa,” she told the Eagle.

Rousso’s scholarship focuses on the memory of the Vichy regime, the darkest chapter in modern French history, when the government of unoccupied France openly collaborated with Nazi Germany during the Second World War. Vichy authorities are particularly infamous for assisting the Germans in rounding up and deporting tens of thousands of Jews from France during the Holocaust, a horrible truth that Rousso once called “the past that does not pass.”

He spoke Friday on a similar subject in College Station, in a lecture titled “Writing on the Dark Side of the Recent Past.”

Fellow historians took to social media after news of Rousso’s unpleasant experience, many pointing out what they considered the uncomfortable irony of the arbitrary detention of a Holocaust historian.

Ruth Ben-Ghiat, a historian at New York University, said on Twitter, “His work on cost of forgetting past (Vichy) so relevant.”

“Thank you so much for your reactions,” Rousso responded Saturday evening on Twitter. “My situation was nothing compared to some of the people I saw who couldn’t be defended as I was.”

“It is now necessary to deal with the utmost arbitrariness and incompetence on the other side of the Atlantic,” Rousso wrote Sunday in the French edition of the Huffington Post. “What I know, in loving this country forever, is that the United States is no longer quite the United States.”