HELSINKI—Finland is urging Europe to increase NATO contributions and focus more on security as the continent grapples with political turmoil from all sides, including from within.Once the U.K. has quit the European Union, the 27 countries left behind... 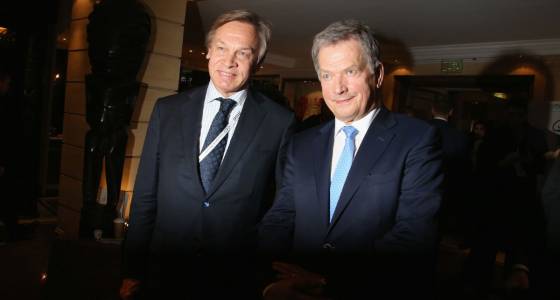 HELSINKI—Finland is urging Europe to increase NATO contributions and focus more on security as the continent grapples with political turmoil from all sides, including from within.

Once the U.K. has quit the European Union, the 27 countries left behind need to double down on the bloc’s founding principle and give the remaining 444 million citizens what they most crave: security, Finnish President Sauli Niinisto said at his seaside residence in Helsinki on Friday. The 68-year-old is head of state of the nation that shares the EU’s longest border with Russia, a country with which Finland has regular contact for security and practical reasons.

“The discussion dealing with security is one of those elements where we have the possibility to ensure European citizens that ‘Brussels can take care of your security’ and that would be a huge message these days,” Niinisto said.

The comments come as a spate of elections threatens to deepen the EU’s biggest existential crisis in its 60-year history. The bloc is also being challenged in the east by Russia and in the west by a new U.S. administration that has predicted its disintegration, just over four years after it won the Nobel Peace Prize.

As it struggles to regain the legitimacy it lost in the eyes of many of its citizens after the debt crisis, the EU now faces a populist swell that threatens to undo many of the bloc’s founding principles.

Niinisto said a shift away from the centre in French politics in connection with elections starting in April wouldn’t be “a minor issue.” He also stated his belief that National Front candidate Marine Le Pen won’t win the presidency on May 7. She has said she wants to take the eurozone’s second-biggest economy out of the single currency bloc.

Niinisto warns that, after a generation of peace, there’s a risk the EU has grown too complacent to the security risks it faces. Terrorist attacks in the heart of the EU — in Paris, Brussels and Berlin — underscore the need for safeguards.

“In Europe we have been living in very peaceful decades and during that time very many countries have actually a bit forgotten the security details and policy,” he said. “Now it’s coming back.”

He also says that decades of U.S. demands, reiterated by the new administration, that European members of the North Atlantic Treaty Organization foot their share of the security bill are understandable.

“If there’s an agreement, surely it should be fulfilled,” he said.

Finland, which has stayed out of NATO largely because of its proximity to Russia, is building closer military ties with neighbouring Sweden, which is also militarily non-aligned.

Germany, Europe’s biggest economy, is working toward raising its military budget to reach NATO’s target of 2 per cent of gross domestic product, Chancellor Angela Merkel said this month. If Germany and France alone were to meet that target by 2024, it could add more than $40 billion to their defence spending, almost two-thirds the amount Russia spends. But European countries have so far refused to consolidate their defense industries or procurement, meaning the euros they do spend don’t have as much clout as each dollar spent by the U.S. or every ruble spent by Russia.

Niinisto said he is in contact with Moscow, Berlin and Washington — though is put off by self-declared peace mediators not appointed to such roles. “Finland’s contacts with Russia are maybe a bit more frequent, that’s because we’re close to Russia,” he said. “It’s one of the main pillars of our security policy to keep up the dialogue.”