Expect this year’s Oscars to get political

This afternoon, when the biggest stars in Hollywood start down the red carpet on their way into the 89th annual Academy Awards, it might be a good time for some White House intern roughly 2,675 miles away in Washington D.C. to hide the TV remote and the cell... 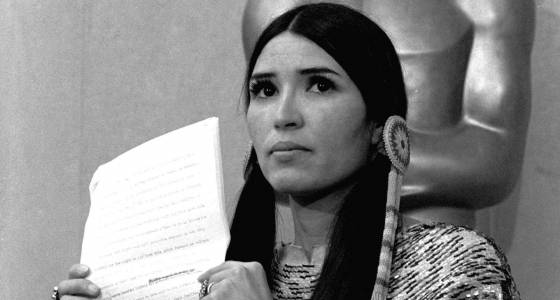 This afternoon, when the biggest stars in Hollywood start down the red carpet on their way into the 89th annual Academy Awards, it might be a good time for some White House intern roughly 2,675 miles away in Washington D.C. to hide the TV remote and the cell phone from President Donald J. Trump, our Tweeter In Chief.

After all, if this year’s awards season has shown us anything — remember how Meryl Streep torched Trump without even saying his name at last month’s Golden Globes, which prompted Trump to tweet that the three-time Oscar winner is “one of the most over-rated actresses”? — it’s that movie folk aren’t shy about using acceptance speeches to express disdain for Trump.

And this year’s Oscars? Fasten your seatbelts, America, it’s going to be a bumpy night.

“I think it’s going to be pretty hardcore and pretty in-your-face communication from Hollywood’s elite to the White House,” predicts Tom Nunan, a former network and studio president and executive producer of “Crash,” which won the Academy Award for best picture in 2006.

“I don’t think it’s a question of if — it’s a question of how much,” says Anthony Sparks, who teaches about cinema and television arts at Cal State Fullerton and is also a writer and producer of the OWN network show “Queen Sugar.”

Of course, statements of a political persuasion are made regularly from the stages of the Emmys, the Grammys and other glitzy platforms. But the Oscars is a bigger show. And it offers a bigger political stage.

In 1973, actor Marlon Brando became one of the first to use the international spotlight of the Oscar telecast to shine a light on a social issue of personal concern, refusing to accept his best actor Oscar for his role in “The Godfather.” Brando, to make his statement, sent activist Sacheen Littlefeather to accept his statue and speak about the injustices Hollywood had committed against her fellow Native Americans.

In 2003, filmmaker Michael Moore invited controversy when he used part of his acceptance speech for “Bowling For Columbine,” that year’s best documentary feature winner, to criticize President George W. Bush and the war in Iraq. In 2009, actor Sean Penn spoke out for gay rights and marriage equality after winning best actor for “Milk,” the bio-pic about the late gay rights activist Harvey Milk.

And just last year, Leonardo DiCaprio, winner of the Oscar for best actor for “The Revenant,” gave an impassioned plea for the people and leaders of the world to quit ignoring or denying climate change and, instead, to work together to address it.

But tonight, despite the squawks of some who like their entertainment less entwined with politics, the Oscar telecast will likely surpass all that have come before it when it comes to political punditry.

“Hollywood has long cared passionately about the direction of the United States and its policies,” Nunan says. “And this is their night to make their feelings known, whether the Academy or ABC or Donald Trump likes it or not.”

One reason is numbers. Even by Hollywood standards, a typical Oscars draws a lot of eyeballs. The typical domestic audience, near 40 million, usually makes Oscars the second most-watched TV event, behind the Super Bowl and, this last year, presidential debates.

But that’s just the U.S. audience. The Academy says hundreds of millions of people around the world also watch the Oscars, making it even more potent for issuing a political message.

Combine that whopper-sized stage with egos that don’t feel a need to remain silent, and you’ve got a recipe for what Hollywood screenwriters might describe as conflict-driven drama.

“At this particular moment, which is so contentious politically and socially, I think it will be difficult for people to not take advantage of the platform,” Sparks says. “Even if it’s only for 60 seconds.”

It’s probably not news that these are contentious times. But it’s worth noting that even in past periods of national disquiet there’s really been nothing like the circumstances leading up to tonight’s Oscars. In November, Trump beat Hollywood’s favorite, Hillary Clinton, in the Electoral College but lost among actual voters by an unprecedented 2.9 million, give or take. And since taking office last month, Trump’s executive orders, Cabinet appointments and tweets have reflected the confrontational style that brought him to the White House.

The Oscars even has an actual issue related to Trump.

Trump’s travel ban, which focused on seven predominately Muslim countries, and which presently is blocked by the courts, created hurdles for several Oscar nominees, most prominently Iranian director Asghar Farhadi, a past winner for best foreign language film and a nominee again this year. He said, while still barred by the ban, that he would not come to the Oscars in protest even if he received special permission.

And once the stars (and would-be stars) get going, the travel ban might be the least of it. There’s a proposed wall to jeer. And plans to deport more undocumented immigrants. And Trump not mentioning Jews on Holocaust Remembrance Day. And Russia. And …

“There are many hot topics facing all of us, whether it’s repealing Obamacare or the idea of deportation forces, or just our general strange and bizarre new relationship with Russia,” Nunan says. “There’s a host of topics for people to opine about versus just the Vietnam War, for example.”

Of course it’s not just @realDonaldTrump who won’t be happy if Viola Davis or Emma Stone, Mahershala Ali or Casey Affleck uses stage time to speak out against him and his policies. He’s got 25.4 million Twitter followers. And some 60 million voters backed him.

Even so, this year, can the typical line of complaint — Those Hollywood liberals! Out of touch with the real America! — resonate? The guy in the White House is — gasp! horrors! — a TV star.

“We’re at this really interesting moment where you could say Donald Trump is our first reality TV president,” Sparks says. “His public persona was greatly enhanced by his participation in the entertainment industry with the Trump brand before he became president.

“It’s interesting that he continues to have this sort of open debate or argument with the entertainment industry,” Sparks adds.

“I think the way (Trump) sees it is a win-win, politically, because it plays to his base, who sees Hollywood workers and stars and what-have-you as part of the quote-unquote coastal elites.”

The issue of politics and the Oscars even has been polled.

The industry publication The Hollywood Reporter teamed up with the National Research Group, a longtime movie marketing and research firm, to survey 800 people equally divided between Trump and Clinton voters on their views regarding the Academy Awards.

The results bear out the conventional wisdom in many ways. Two-thirds of Trump voters say they have turned off an awards show when a winner started to give a politically tinged acceptance speech; just 19 percent of Clinton voters have done the same.

Which isn’t to say there’s a huge hunger for Oscar punditry. When presented with a list of 10 hot-button issues they’d like to hear mentioned during Oscar speeches, 43 percent of Clinton voters said “President Trump’s temperament.” But a whopping 61 percent of Trump voters picked a bonus 11th option — “none of the above.”

Still, if Oscar winners yammer, will anybody listen?

Nunan and Sparks both believe that when it comes to swaying public opinion, an Oscar speech, at worst, can’t hurt and, at best, might start the process of moving the needle.

“I don’t see how it can hurt to have these performers shine a light on issues that matter to them,” Nunan says. “I’ve never seen a backlash happen personally to a person in their career or their cause. Quite the contrary. There’s a lot of awareness of climate change not only because of the Academy Award-winning film ‘An Inconvenient Truth’ but because people talk about it a lot at award shows.”

Sparks doubts many minds that are already set will be changed by an Oscar speech “given how polarized we are as a nation right now.”

But, he adds, that isn’t everybody.

“There are people who are sway-able,” Sparks says. “Is it the mass majority? No. But we have things that are legal now that were not 10 years ago that almost seemed unthinkable then.”

What we do know, though, is that it’s coming. And it probably will for years to come.

“When people whine about whether or not the quote-unquote elite should be taking up their valuable time watching the awards with their opinions about issues versus their gratitude toward their parents or their first-grade teacher, I think they’re being pretty unrealistic,” Nunan says.

“There’s a tradition now at awards shows where certain politically minded artists are going to speak their mind. And frankly that often ends up being some of the most talked about moments the next day,” he says.