Ex-math teacher admits he smoked pot with his teen son

A 50-year-old former Bangor Area School District math teacher admitted Monday he smoked marijuana with his teenage son. As a result, John Sites said he lost his job and no longer has custody of the son or his other two children. "I've been doing this... 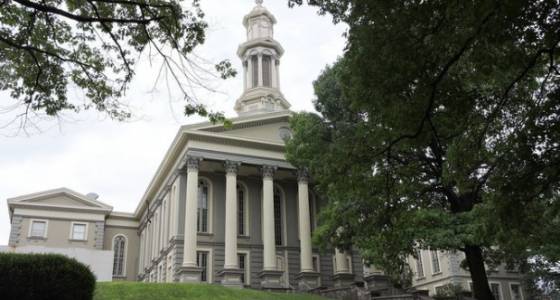 As a result, John Sites said he lost his job and no longer has custody of the son or his other two children.

"I've been doing this a long time," said Northampton County Judge Emil Giordano at Sites' plea hearing. "I haven't had one of these cases ever."

Giordano sentenced Sites to three years of probation after he pleaded guilty to corruption of minors.

Defense attorney Matt Goodrich said Sites smoked marijuana with the boy, who was 16 at the time, sometime between July 19 and July 23 last year. The boy was visiting his father at the father's home in the 3800 block of Suncrest Lane in Bethlehem Township.

The boy mentioned smoking marijuana with his father at school, which triggered an investigation by the Northampton County Office of Children, Youth and Families.

All three of Sites' children now live with their mother in Stockertown, Sites said.

"This was a serious mistake, wasn't it?" Giordano asked him.

"Yes it was, your honor," Sites said.

"I'm sure it's not going well for you in the custody case," the judge said.

"No, your honor," he answered.

Giordano acknowledged medical marijuana will soon be available in Pennsylvania. It's not ethically or morally right to smoke it, especially with your own son, even though marijuana dispensaries are coming soon, he said.

"They're coming," Giordano said. "Everyone thinks this is a great new age. I personally don't."

Sites said he graduated from DeSales University and Baltimore Polytechnic Institute. A LinkedIn profile with Sites' name and those qualifications says he taught secondary-level math in the Bangor Area School District from 2006 through October 2016 but is now retired.

If he had entered and completed the program for first-time offenders, the charge would have been wiped from his criminal record.