It was a “chess game” between two law enforcement agencies.That’s how former Los Angeles County Sheriff Lee Baca described the FBI’s actions when they bypassed protocols set in place by high-ranking members of his department to... 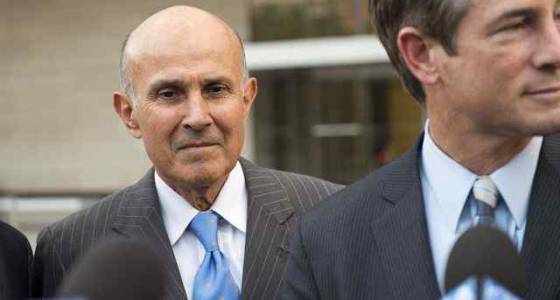 It was a “chess game” between two law enforcement agencies.

That’s how former Los Angeles County Sheriff Lee Baca described the FBI’s actions when they bypassed protocols set in place by high-ranking members of his department to enter Men’s Central Jail back in 2011, to interview an inmate about excessive force.

But despite that remark, Baca remained calm after he learned of the interview, recalled Gregory Thompson, a former sheriff’s lieutenant who testified before a federal jury Tuesday during Baca’s trial. The former sheriff has been charged with a trio of counts all connected to obstructing a federal investigation into jail corruption.

Federal prosecutors want to show that Baca worked closely with his then undersheriff, Paul Tanaka, to obstruct an FBI investigation into excessive use of force by deputies on inmates inside Men’s Central Jail. Tanaka is serving five years in federal prison in connection with obstruction charges. Thompson, who was also convicted, has been sentenced to three years in federal prison. He has yet to start serving his sentence and had to be compelled to testify by prosecutors Tuesday.

In court, Thompson said that after Baca, Tanaka, and other high-ranking members of the sheriff’s department learned that the FBI had managed to get a cellphone to an inmate to report abuse, a series of actions were set in motion. That included preventing Anthony Brown, the inmate-turned-informant, from being allowed to be sent to state prison to begin serving his 423-year sentence for armed robbery among other charges.

In fact, Thompson said, it was Baca who told his deputies to keep Brown in the county jails and away from any further contact from FBI agents. And it was Tanaka who would see to it that the orders were carried out.

Prosecutors have said Baca worked with Tanaka and went beyond keeping Brown safe. In fact, what they did was break federal law by knowingly obstructing an FBI probe. But Baca’s defense attorney, Nathan Hochman, has said Baca was trying to keep Brown safe, so he could understand why the FBI was inside the jails.

When FBI agents still managed to interview Brown in the jails even after Baca’s order was given, the former Sheriff wasn’t angry, said Thompson, who told him what had happened.

Baca was even business-like about it, Thompson said.

“He did not yell at me,” Thompson recalled. “That’s what I remember.”

Hochman asked Manzo to recall what Baca had said, when he learned that the FBI was investigating Men’s Central Jail.

Manzo said he recalled Baca being stern and wondered aloud why the FBI had not come to him first to discuss charges of inmate abuse. Prompted by Hochman, Manzo said he remembered Baca saying: “Why didn’t they tell us? We could have helped them.”

The ongoing trial is the second one for Baca. A jury in December was split 11-1 in favor of acquitting the former sheriff on charges of obstructing justice and conspiracy to obstruct justice. Prosecutors decided to try the former sheriff again, but this time, they included a third charge of making false statements to investigators.