Former Kentucky Gov. Steve Beshear, who delivered the Democratic response to President Trump's address to a joint session of Congress tonight, argued that every Republicans’ plan to replace the Inexpensive Care Act "would decrease the quantity of Americans... 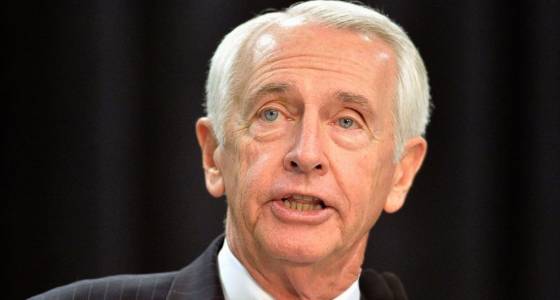 Former Kentucky Gov. Steve Beshear, who delivered the Democratic response to President Trump's address to a joint session of Congress tonight, argued that every Republicans’ plan to replace the Inexpensive Care Act "would decrease the quantity of Americans covered, despite [Trump’s] promises to the contrary.”

As a strong supporter of Obamacare and Medicaid expansion in his dwelling state of Kentucky, Beshear utilized his record as a Democratic governor in a red state that lowered its rate of individuals with out overall health insurance to offer you a rebuke to Trump’s push for a “repeal and replace” of the ACA.

“And even more troubling is that you and your Republican allies in Congress look determined to rip cost-effective overall health insurance coverage away from millions of Americans who most want it,” Beshear mentioned.

“[Republicans] would charge households a lot more for fewer advantages and place insurance coverage providers back in control,” Beshear argued.

Trump had made special mention of Kentucky in his address to Congress.

“Governor Matt Bevin of Kentucky just said Obamacare is failing in his state -- it is unsustainable and collapsing,” Trump said in his speech tonight, referring to Beshear’s Republican successor.

Beshear also mentioned one problem that Democrats have brought up as a point of concern: Russia.

“Yet, President Trump is ignoring severe threats to our national security from Russia, who’s not our friend -- though alienating our allies, who’ve fought with us side by side and are our good friends in a hazardous world,” Beshear mentioned.

“His method makes us less secure and need to worry each freedom-loving American.”

Beshear went on to take a dig at Trump’s executive action on immigration: “Instead, President Trump has all but declared war on refugees and immigrants.”

The former governor's rebuttal also focused on Trump's Cabinet picks and Trump's attacks on the media and the judiciary, among other points.

“President Trump also demands to fully grasp that people may disagree with him from time to time -- but that doesn’t make them his enemies,” said Beshear, throwing a jab at Trump’s comment that the media is the “enemy of the American people today.”

“When the president attacks the loyalty and credibility of our intelligence agencies, the court method, the military, the totally free press and person Americans -- merely simply because he doesn’t like what they say -- he is eroding our democracy,” Beshear stated. “And that is reckless.”