Famagusta 11°
clear sky
BUSINESS EDUCATION ENTERTAINMENT HEALTH POLITICS SCIENCE SPORTS TECHNOLOGY
10:22 Four Benefits of Hiring a Dedicated Development Team
04:48 Mark Kelly, President of Safety Marking Inc., Discusses Structuring Effective...
17:58 Trump wants to play golf at the Biden swearing-in in Scotland - but is...
17:54 First doubts Regarding tightened Steps: two National Countries Extract...
10:39 Covid-19 : in France, the end of containment and entry into force of the...
04:34 The schools of Rome will use the Internet with light bulbs: what it is...
10:58 Kratom Tea: How Is It?
11:46 Office Furniture Products for you!
12:17 Top Clubs, Their Value, Revenue And Current Standings
11:14 Reasons Why Rewarding Yourself is a Good Practice
BIST
1542
GOLD
442.247
USD
7.3985
GPB
10.1657
EUR
9.0105
Breaking News
Online Etiquette Rules for Managing a Virtual Business
Close

A woman who abandoned her newborn in a trash compactor last year has been sentenced to six months in jail, but she might be able to regain custody of her child once she gets out.The Daily Herald reports that 19-year-old Samantha Houston was sentenced Monday... 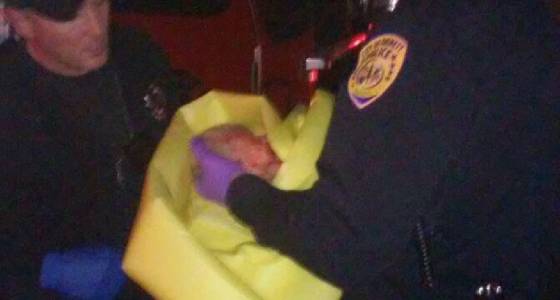 A woman who abandoned her newborn in a trash compactor last year has been sentenced to six months in jail, but she might be able to regain custody of her child once she gets out.

The Daily Herald reports that 19-year-old Samantha Houston was sentenced Monday after pleading guilty to felony abandonment in March.

Officials say Houston left her baby boy in a large trash compactor last year shortly after birthing him in a shower. An apartment complex employee heard his cries before the bin compacted and called police.

The employee and police dug through the trash and found the newborn baby boy lying against garbage bags and loose debris. The umbilical cord and placenta were still attached. Medics then rushed the baby to the hospital, and he was nursed back to health.

The prosecutor's office requested a no-contact order, but since it was denied, Houston has been able to visit the child under supervision.

The Herald reports the separate dependency court case involving Child Protective Services is still pending, but that Houston has made "amazing" progress.