Even with rebidding, questions loom over hangar lease at Hernando airport

BROOKSVILLE — Last month, Hernando County commissioners made it clear they were not happy to find out that the fixed-base operator at Brooksville-Tampa Bay Regional Airport had moved into several hangars, and had already paid to buy them, before the commission... 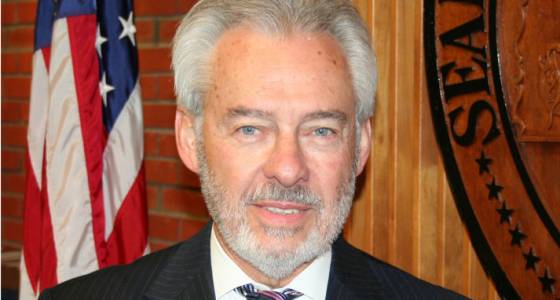 BROOKSVILLE — Last month, Hernando County commissioners made it clear they were not happy to find out that the fixed-base operator at Brooksville-Tampa Bay Regional Airport had moved into several hangars, and had already paid to buy them, before the commission was asked to approve the transaction.

Other interested tenants cried foul, saying they had been told the hangars were supposed to be demolished. So they weren't even aware they were available for rental or purchase.

When Robert Rey of Jet Concepts and Steve Klapka, who works with Rey, raised those issues and commissioners asked their staff to put all of the hangars up for bid, the two hoped the problem had been solved.

Instead, the issue has gotten mired down even further, riling up Commissioner Nick Nicholson, who previously had called for airport manager Kevin Daugherty to be fired, and posing new questions about whether fixed-base operator American Aviation is getting special treatment.

Rey and Klapka returned to the commission meeting Feb. 14 and explained that when the county put out the formal solicitation for proposals for the hangars, the request addressed only two hangars up for sale, when commissioners clearly had said they wanted all four hangars put up for bids. The proposal also stated that the hangars could not be used for "aeronautical uses."

That especially perplexed Rey, who manages airplanes, and said he didn't understand that exclusion.

"Do I get to put poultry houses there … or goats on a general aviation airport?" he asked. "That's just not practical."

And because Rey, as a potential bidder, raised the question without going directly to the purchasing department, he was given notice that he could not submit a bid to use or buy the hangars because he had violated a rule for bidders that prevents any contact between the bidder and county staffers except for the purchasing staff while bids are being received, a so-called "cone of silence."

Nicholson said he was not happy that the problem had gotten worse. While he had been told that American Aviation would move out until the issue was settled, the company was still operating in the county's hangars, refurbishing planes and using some of the space for storage. Nicholson blamed county staffers for not following through and for not doing what they were told.

"We make a decision here, and it's not followed through on," Nicholson said. "It happens over and over again, and I am personally getting tired of it. I really get fed up with it, and it's got to stop."

Deputy County Attorney Jon Jouben said the reason the county bid only two hangars was that John Petrick, president of American Aviation, had made an unsolicited offer to buy those two. Since the County Commission had simply asked for more bids without rejecting the purchase offer, the staff wrote up a bid for the same deal Petrick was attempting to do, Jouben explained.

When questions arose, a new offer to bid was ordered, including all four hangars, officials said.

Jouben also said that no one was excluded from the bidding process.

Commissioner Steve Champion said he was concerned about what had happened. He recently asked to review a number of things related to operations at the airport.

"I'm concerned about everything going on at the airport," Champion said. "I can't get answers to some things."

County Administrator Len Sossamon said that all of the bids, for the two-hangar deal and the four-hangar deal, will come back to the commission at the same time, likely in about a month.

Champion said that, if the county kept the disclaimer that the bids for the hangars were for "non-aeronautical uses," the buildings would be "almost worthless." But Sossamon assured him that the caveat would not be included in the new requests for proposals. Sossamon also said that, if the commission wanted to schedule a workshop to discuss the airport's master plan, which suggests razing rather than using the hangars in question, commissioners can schedule that at any time.

A day after the board meeting, commissioners were copied on a lease written by the county in January and signed by Petrick, Sossamon and Kevin Daugherty on Feb. 3. The temporary lease agreement runs from Jan. 10 to Dec. 31 of this year. Petrick's monthly rent for the 5,000 square feet of hangar space was set at $417.

Petrick had actually written a check to the airport to purchase the hangars based on a Dec. 6 invoice, four days after Petrick and Daugherty signed the agreement to sell the properties that were included on the County Commission agenda. The check was deposited in airport accounts, but then returned to Petrick after Rey and Klapka first raised the questions about the hangars during the Jan. 10 commission meeting.