Elmhurst Park District should focus on adding more walking and biking trails along with indoor fitness facilities, according to residents who responded to a recent survey.Survey respondents also said they'd like to see the district provide more adult fitness... 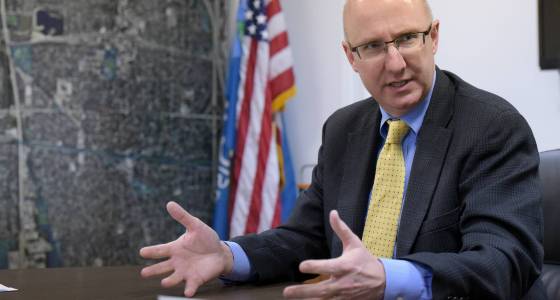 Elmhurst Park District should focus on adding more walking and biking trails along with indoor fitness facilities, according to residents who responded to a recent survey.

The survey of more than 300 people living in the district is one of several methods officials are using to gather feedback as part of Vision 2020 -- the district's comprehensive and strategic planning process. Once completed, the documents will help drive long-term planning and guide decision-making in the park district for three to five years.

"The Elmhurst Park District has always had a very strong philosophy and foundation of planning and being intentional about the way we go about providing services for the community," Executive Director James Rogers said.

Rogers said the plans are vital because they give officials an idea of how the community wants to use the 97-year-old district's resources.

"This is what the community has said it believes is most important in the coming years," he said.

Work started last fall with stakeholder interviews and field work. The statistically valid survey was conducted in November and December.

The district will hold an open house to collect additional feedback from 5 to 7 p.m. Wednesday, March 1, at The Abbey, 407 St. Charles Road. A presentation about the survey is planned for 6 p.m.

"It's a great opportunity for the community to shape the future of the park district," Guttman said. "They can respond to the (survey) results and provide their own vision for where we should go in the next three to five years."

The survey results, which are available at epdvision2020.com, didn't contain many surprises.

"The results about usage and satisfaction mirror a lot of what we saw in our last survey, which was back in 2011," Rogers said.

Respondents expressed a high level of satisfaction with the district's facilities, programs and services.

It also wasn't a surprise to learn the most visited sites are Wilder Park, the Illinois Prairie Path and Berens Park.

While athletic fields are the first thing most of us think about when it comes to park districts, walking and biking trails also are in high in demand.

"Everybody always wants more walking paths because it's the easiest and most accessible thing that anyone can use in a park," Rogers said. "You can be by yourself, walk your dog, or take your kids."

So it's no surprise that 76 percent of households that responded to the survey indicated a need for more walking and biking trails. Sixty-one percent also listed indoor fitness as a need and 47 percent listed a desire for indoor running and walking tracks.

A goodly number of respondents also said they would like the district to create its first dog parks.

"We know that's something many members of the community are looking for that we don't currently provide," Rogers said.

Once they collect all the feedback, officials say they will analyze the input along with other information, including an evaluation of parks and facilities.

Guttman said the next step will be to identify the most important needs and determine ways to address them.

"Then we can go into the action planning step and actually figure out how we're going to implement the plan," she said.

The goal is to have the comprehensive and strategic plans ready to go to the park board for review in May or June.