As close as I could reckon it was 16 years since I'd been to Virginia. That's when I went back to move my mother to Texas, where she'd be closer to my sister. Moving Mom pretty much finished off any relatives I had in Virginia, with the exception of a... 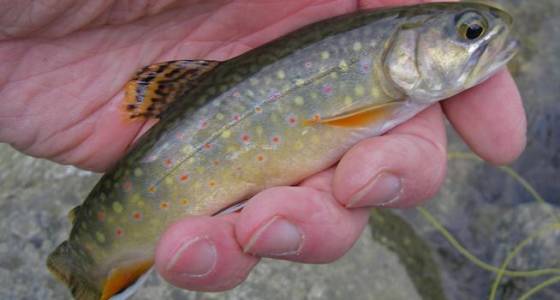 As close as I could reckon it was 16 years since I'd been to Virginia.

That's when I went back to move my mother to Texas, where she'd be closer to my sister. Moving Mom pretty much finished off any relatives I had in Virginia, with the exception of a few second cousins.

There could be more, but they would fall into the once- or twice-removed cousin categories, and in our family we drew the line at cousins. Anyone else was just a distant relative.

None of this immediately came to mind when my friend Shane Fletcher suggested that I visit him on his farm near Fredericksburg.

I got to know Shane when I was in the guide business here in Colorado and we'd kept in touch, mostly because we get along, but maybe because we had Virginia in common, too. Over the years we hunted turkeys in New Mexico, fished in Alaska and kicked around in Argentina.

Shane's invitation was a breath of fresh air because I was working my way down the East Coast on a speaking tour and any chance to get away from the big cities was golden.

I'd lost touch with Shane since he acquired the farm five years ago because he's been busy rehabilitating the land to support a cattle operation.

His plan is to develop a herd of Tarentaise cattle with some other "red" cows thrown into the mix. The Tarentaise is a red colored heritage cow from the French Alpine mountains known for their hardiness and pure genetics. In Europe, the Tarentaise is mainly a milk cow, but in America they are valued as beef.

Anyway, I digress. Shane suggested that we fish the Rapidan River during my visit. This sounded wonderful, except that I travel light when I speak, and from a fishing point of view, I was coming to Virginia naked. I had no fishing tackle whatsoever with me.

However, that was not a deterrent. Shane had managed to arrange for me to borrow a pair of size 12 waders from a friend who would meet us on the river. He also had plenty of extra raingear, fleece, heavy socks, gloves and jackets that would fit me well enough.

Finally, there was a tackle bag, flies, a few necessary on stream tools and a sweet 7-foot, 3-weight F.E.Thomas bamboo fly rod ready for my use.

It was 30 degrees when we set out the next morning, which meant all the extra clothing would be welcome. I still tell my friends in Colorado that 30 degrees in Virginia is incomparably colder than 10 degrees or even 0 degrees in Colorado because of the humidity.

It took an hour or so for us to snake our way along the backroads and over a pass to the river.

The poet Gary Snyder said that the imprint of the place where you grow up is indelibly strong no matter how long you've been away from that place. He asks if there are any of us who can't remember those trails, creeks and forests we roamed as children with remarkable clarity.

I would have to agree with him after driving through the hardwood forests and valleys on our way to the river. As much as my home is in the Rocky Mountains, it surprises me how many memories those hills and hollows brought back.

At the Rapidan we met up with Shane's friend, Andy Holmaas, who handed me a pair of waders and suggested I go with a 7 ½ foot leader and a dry fly and dropper rig.

The trout would all be the native brook trout that presently live in the drainage where their kind has always lived. These were mountain trout and a few might be as large as 10 inches, but most would be smaller.

Fortunately, size wasn't the point. I was here to catch a trout that evolved to live perfectly in this water.

I asked Andy to show me how it's done and he waded out to a slick and promptly hooked up. He then pointed me toward the next pool upstream.

I thought my dropper fly was ticking the bottom the first couple drifts until I realized those "ticks" were brookies tapping the fly. I caught the next one and it was gorgeous.

We went our separate ways after that and met up at lunch, where we all reported catching trout. It was left unsaid that we'd all tangled our flies once or twice in the trees that overhang the river. The knowledge being that an angler from the wide open spaces of Colorado should beware when he fishes the close quarters of a mountain stream in Virginia.

Later, Andy took a few minutes to explain that farther up the river was the camp that President Herbert Hoover established on the Rapidan in 1929.

Hoover donated the camp to the federal government for the use of future presidents in 1932. It eventually became part of the new Shenandoah National Park.

Over the years the Boy Scouts of America leased the camp for a time and later President Jimmy Carter visited it. The camp remained a perk for high ranking federal officials until 1992.

In 2004, restoration of the camp to its condition during the Hoover presidency was completed and it's now open to the public.

There's also a fly, created by the respected Virginia fly fisher Harry Murray, known as the Mr. Rapidan, and in the 1928 the Montague Fly rod company named one its bamboo fly rod models the "Rapidan."

It warmed up enough later in the afternoon that we could shed some layers of clothing. Some trout started to rise toward evening. We figured they were chasing a little black caddisfly we'd seen earlier or maybe a small stonefly that was also hatching. If you could get a drift, you'd catch them.

It was good day in Virginia.

This year's tour lives up to its reputation of providing cutting edge cinematography that covers the range of fly fishing from extreme expeditions to the environmental issues that affect all fly anglers.

I like Felt Soul Media's "120 Days" for its hardcore look at David Mangum's obsession with catching tarpon on the fly. On the mellower side, check out filmmaker Sophie Danison's "Old Friends New Fish," where three women meet up on the river to fish and catch up on their 20 years of friendship.